Vicu has made a name for himself in the music industry with a loud sonic boom. He is a self-taught producer, audio engineer, and songwriter. His first ep “Complementary” dropped May 10th, 2020 and has received a spectacular response and a growing fan following. “Blame It on Me” and “Somethin bout’ Her” feature rhythmic pop sounds and modern edge songwriting. His smooth vocals and flowing guitar skills blend effortlessly with the stunning production.

One of the top up and coming producers in the music industry, Vicu has been alongside other artists such as G-Eazy, Darrell Williams, and Jason Derulo. Most recently he has worked with his production partner and engineer Matt Viers on Rihanna’s upcoming album under their Vision Matters Group production label. As a performer, he has performed at several notable venues including the Kennedy Center.

Being a self-taught artist, Vicu’s songwriting carries flawlessly into his production style. His honest songs about mess-ups, makeups and everything in between draw in the hopeless romantic inside of us all. This Washington D.C. native has a fervor for music that has aided his success in the music industry. His passion captivates his listeners and draws them into his storytelling and flawless vocal delivery. 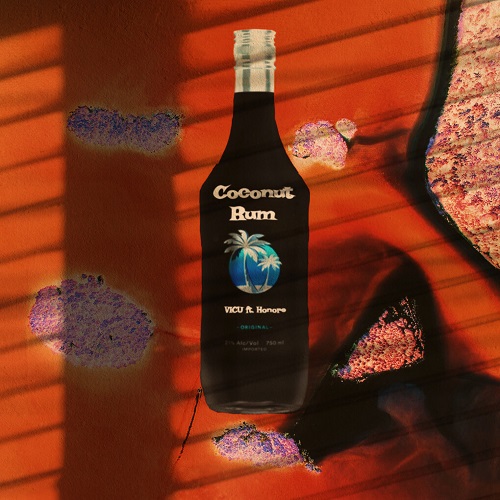 ANS: i draw a lot of inspiration from my own life but there are songs about certain life situations with my friends or family i write about or a movie i really love or even a meme. normally i just hit record and freestyle over the beat im working with and the beat will guide my direction,.

Ans: havent got to do that yet haha but it will definetly be “Back to the future love”

Ans: the first time i heard boys 2 men when i was five.

Ans: its always time to make a new record. thats daily. thats what i gravitate to as soon as i wake up every morning.

Ans: the work you put in is what you get back so work hard as fuck so you can live like drake.

Ans : Prince “i would die for you” Michael jackson “Human nature”