This independent, alternative-pop band from London is made up of James Keen (vocals, guitar), Alex Ho (Piano & Keyboards) and Brian “Cookie” McCook (Drums & Production).  Coming from very different points on the musical compass, the trio has created a sound entirely of their own.  The band have performed across the UK and Europe, the United States and the Far East, whilst building up a notable online fanbase from around the world.

Ans: Well, firstly, these days we don’t record just one song at a time, or make a whole album in one go. For a very long time, we’ve always gone into the studio to do three songs. We typically work to write just three, which will be similar in vein but different to each other, representing where we are or what we’re trying to do at that point in time. Then having recorded it, which takes a lot of pre-production and post-production to get it absolutely right, we have locked down those tracks before moving on to the next three. That way, we are not repeating ourselves whilst challenging ourselves to do something different again next time. Nothing worse than 12 songs all sounding the same, which can happen I think if you write and record in the same time period.

When it comes to getting into to the studio, the days are long and both exhilarating and hugely stressful! So much concentration is required to maximise output in the time we have, and give the best version of everything we do! But it’s such a great time.

Ans: Not easily. Because we push to do something different each time, and then add so much complexity and layers into every song, we are crafting each element carefully, which is painstaking and time-consuming.  Having said that, as a test, we will always strip our songs right back to just vocals plus piano or guitar in order to check the song works – otherwise you can lose sight of the fundamentals: the hooks, the melody, the lyrics and the changes.

Ans: It’s up to you to make things happen – no one will gift you success 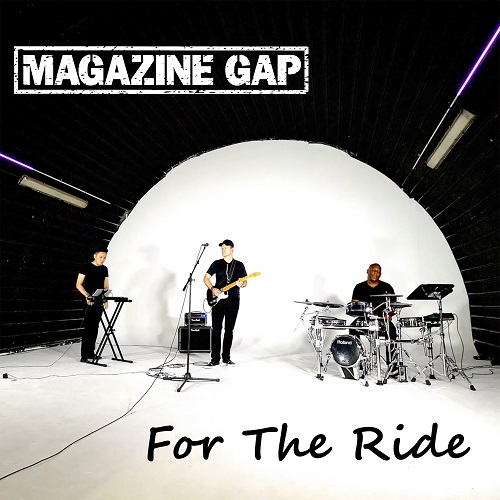 ANS: We typically start by jamming, and work on a series of ideas or themes, recording ourselves throughout the session.  Then we listen back and pick out 1-2 strong themes from which we can start to develop a song. Inspiration comes largely from channeling something beyond our immediate grasp, based on experience and a lot of perspiration!

Ans: My answer would be different to the other guys, but for me it’s those singer-songwriters who have been able to explore and blend so many different sounds and genres, whilst maintaining their audience’s attention over a long-term career. So, from 60s artists like Bob Dylan, Neil Young and Paul Simon to Stevie Wonder and Prince to more contemporary ones like Dave Matthews and John Mayer.

Ans: That’s a really good question actually. I would have to say “Inside The Bubble” from our first album. It’s the song we’ve played live more than any other, and we never play it the same way twice! That unpredictability is enormous fun. Plus, when I’m not singing, the song usually includes masterful solos from everyone that are never the same, so along with the audience I get to marvel at the immense musicianship and prowess of my bandmates!

Ans: Yes, the single most important thing one needs in any walk of life is to find a great mentor or two.  Someone who can help guide and mould your abilities in the right direction.  For me it was Brian McCook (“Cookie”), who had a profound effect on my musical direction, producing my first solo album before we joined forces officially to form Magazine Gap, along with Alex Ho, who Cookie had met on the circuit in London.