When did you start DJing – and what or who were your early passions and influences?

I started in 2008 when I was a teenager, partying with friends in the basement. But the first time it all clicked for me was when I listened the Nu Metal Limp Bizkit and the creativity of Dj Lethal. At that time I was dreaming to be famous as guitar layer with my band but i already the idea to be a DJ just for fun.

What do you personally consider to be the incisive moments in your artistic career?

There are so many. It’s always special when you play in so many wonderful town, and your friends come. Outside of that, every time I go abroad, especially further away, like Russia or Israel, it’s really weird and exceptional that there are people there that know you and your music and they come from so far to see your show. Every time it’s a highlight. When you can express yourself and the people understand that, in another far away place, it’s really fantastic. That’s the best part of touring.

What are currently your main challenges as a DJ? What is it about DJing, compared to, say, producing your own music, that makes it interesting for you?

That’s an interesting question because I ask myself that every day. What am I doing this for? I’m getting older now and I don’t have a clue. It’s a passion. I just try to communicate emotion, that’s the path I’m following. I try to give people goose bumps and help them to discover new music that they’ve never heard before.

I play more specific records, and right now I feel a bit outside of the mainstream. I’m trying to make people dance and be happy with something a bit different. I’m not in the comfort zone. As a DJ I always have that feeling that maybe things can turn bad, so I have to be careful of what I’m doing, where and how. I like to include a lot of music outside the electronic genre.

I have a excellent producer who is a friend since very long times John Claes (DirtySkeys and The Wickeed). He gave me every time the best final result about my taste and it’s very important for me to have someone who understand me perfectly.

With my album “Ultimatum” I’m just trying to do something different. I don’t know if it’s clear or not. It’s kind of like a magical process. It’s really hard to explain why you like something. Right now everybody can be a DJ, so it’s not a question of practice anymore it’s a question of taste and courage; that you can play at a party and be confident in your taste and yet also challenge the audience. 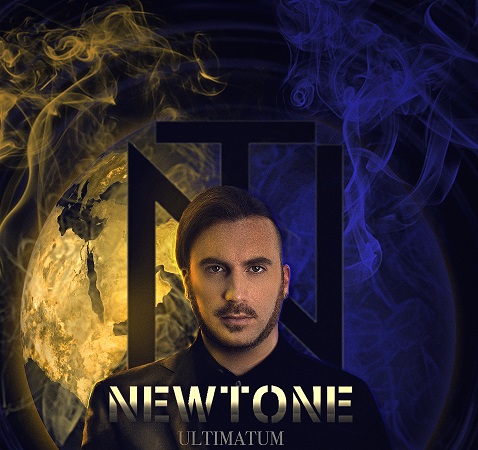 What do you usually start with when preparing for a set?

During the week I browse old and new music. Then I guess it’s kind of routine, I bring my selection, I bring my stuff, I bring a few new tracks every week but not that much. I have a few folders that I can use, but I don’t really prepare much. I just wait to see the audience, the club and then I get an idea and I follow that idea.

How important is building a real relationship with the music you’re playing for your own approach? There’s so much music out there, is it even possible to build meaningful long-term relationships with a particular track or album?

That’s the challenge. It’s difficult to express yourself with music without vocals, so I use music with vocals and I like nice melodies. It’s not just all banger stuff and huge beats and bass. I like to tell a story and for that I need to play records that have melodies and nice ones if possible.

What makes you decide to play a particular record during one of your sets? Is there a criteria other than pure subjectivity, for selecting what to play at a gig?

I’m not really playing with my mind when I do a set, I play with my heart. I do what I think is right, which is the basis of DJing, you play what you think is the right track at the right moment and there is no real reason why. I don’t really think about it, I just feel it.

When there’s more music than one can possibly take in, it is becoming increasingly hard to know what constitutes an original and a remake anymore. What’s your opinion on the importance of roots, traditions, respecting originals and sources?

Roots are really important. Today when I play, I see young people don’t seem to care about roots or don’t know them, so the borders are really blurred right now between what is the root and what isn’t. A lot of top DJs are playing some old stuff. I mean there’s not much evolution over the 20 years, maybe the tracks are better produced or sound better but in the end a good track in 1995 is still a good track today and people can discover it as it was heard 15 years ago.

Roots for me are important because I discovered rock metal music, then hardstyle, then house, then techno and I followed the whole process. I have a lot of respect for guys like Bleeding Through, Basement Jaxx, Stromae, Ivan Dorn, Meduza. They are a huge inspiration. When I’m making music myself, I have all these roots in my mind. Everything has been done in electronic music so now the only way to make a path to something interesting is to do it with your heart and not worry what people will think.