theRockin45s is a band built on a foundation of a lifetime friendship and the realization that life is too short not to be doing what you love. Michael Shane and Matt Nappo founded the band with one goal in mind: fun. The band has gained a huge following by delivering high energy 4-hour plus sets with reckless abandon.

Formed in the wake of the tragedy of September 2001, the mission was simply to entertain and bring joy to people. Nicknamed America’s Favorite Party Band by a local music critic, the band’s show are not concerts, but parties.

The band has gone through a lot of growing pains and changes over the years and has matured and refined their show to become one of the most unique acts in entertainment in the world.

Ans: Definitely more exciting. The process or the journey is what life is all about. You have yo know in advance that the final project will evolve into something you never foresaw. The actual moment the you press the record button things can’t get stressful, knowing you want to give the best performance you can, but in general we like to keep everything about fun and enjoyment and hope that comes through.

Ans :  Extremely easy. I’ve been writing songs since I was a kid and haven’t needed an instrument to facilitate writing for a long time. I often write while I’m driving. I’ve written some songs virtually in real time.

Ans: Tomorrow is a promise made to no one so squeeze as much joy out of every moment that you can.

ANS: I have to answer in the reverse order you asked the question. My favorite part of the process is the realization that a song idea just happened. The excitement that comes from the idea is a stimulant. Inspiration can come from anywhere really. I’ve written more than 4,000 songs now and if I look back on them I can see that they were inspired in all sorts of ways. Lately most of the inspiration comes from things that happen on gigs or what’s happening in our lives at the moment.

Ans: Well we perform  a lot in Summer, usually 3 or more shows every week between May and September. In the Fall and Winter we tend to scale back a bit but like I said, we’re trying to get the most out of life that we can before it’s gone so we perform a lot. I plan on dying on stage…is that an event?

As far as recording goes, we’re putting the final touches on a full length CD that’s been more than 2 years in the making. we hope to have a release in September. 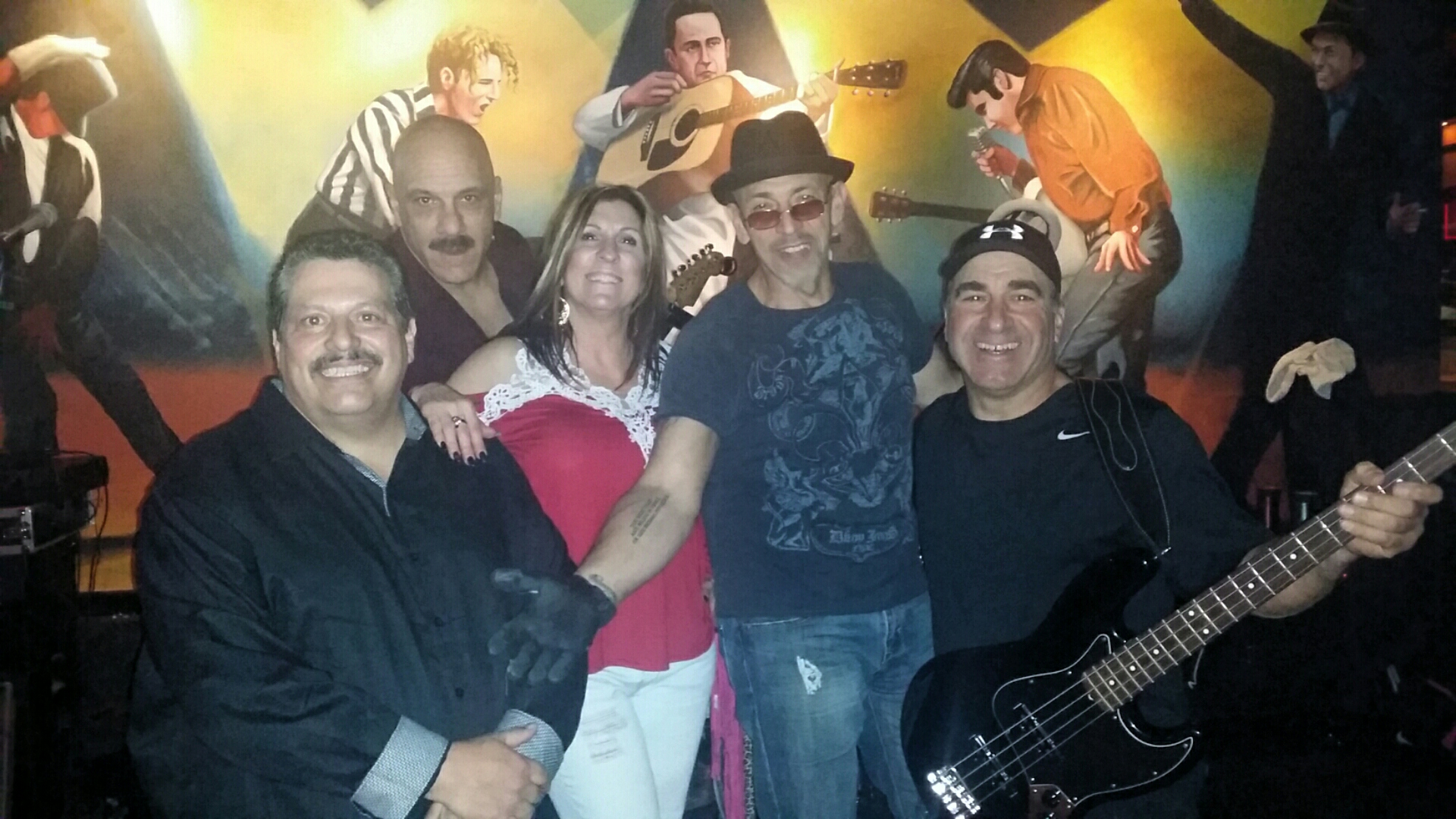 Ans : Well a lot of them would be mine but I can think of some from others that definitely ring true. Born to Run – Springsteen, The Road – Jackson Browne, Blues Man – Hank Williams Jr, A Song For You – Leon Russel…maybe even Old Violin – Johnny Paycheck. Ha, I hope some of your readers look that one up.

Ans: Oh God , yes, isn’t every one. So many…too many to list them all. My first inspirations were the 50’s and 60’s 45RPM records, which is the inspiration for the band name of course. By the time I was a teen I had become infatuated with bygone eras, I loved the Les Paul and Mary Ford records, How High the Moon, Vaya Con Dios. I was a huge country, western swing and folk fan when I was young. I had Hank Williams, Bob Wills and Johnny Cash records that I wore out. Of course the Beatles albums changed everything for a lot of us old people. Revolver was the one, even more so than Sgt. Pepper. I could go on for days really.

Ans: You know, we’ve been playing together for so long that we  cover each other’s mistakes pretty well but again, we’re not really a concert band, we’re a party band so we tend to just have fun with it. We have developed  the ability laugh at ourselves and not take it to seriously when performing.

Ans: Being present in the moment is one of the most important things in life. Whatever you’re doing, whomever you’re with be there 100%. When you’re with your family or friends turn the cell phone off. It isn’t always easy but giving yourself to the hear and now helps keep what’s important in focus.