Nehemiah Matthew Whites who performs as Dc Miah was Born November 6, 1999 in Miami, FL. Rapper and songwriter best known for his innovative take on lifegrowing up in the city of Miami, as well as for his outlook on love, life and what’s it’s like in his livelihood being already another “statistic” teenage rapper out of Dade County. Dropping his first debut mixtape “Ideals to Millions” which was Released November 6, 2016. Dc’s appeal didn’t stop there a year later the rapper continued to wow fans while dropping his now second mixtape“Porches to Porsches” which gets into depths on how he’s enduring the insufficiency of being in poverty, coming in contact with fake “friends” and his master plan escaping from poverty. The bold authentic claims in the controversial verse rapped by Dc’s brought about a vibe that was reminiscent of the classic hip-hop era. Taking more than 6k followers on Instagram, seeking the attention of Atlanta rapper YFN LUCCI,performing at pep rallies, only 17 performing at local strip clubs and ethically doing talk shows to get his name perceived as the rapper he wants fans and supporters around the nation to know him as DC MIAH. 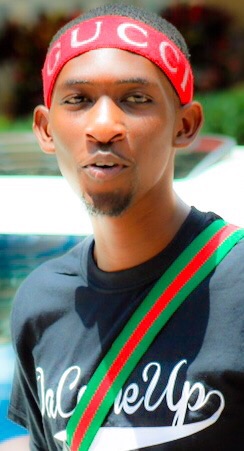 For our readers who have never heard your music, explain your sound in 5 words?

You write all of your own music; where do you draw inspiration from when you write songs and what’s your favorite part about the proccess?

ANS: Yes, I write all my music; my songs are inspired from my neighborhood I grew up in liberty city part of Miami. The best part about the process of writing songs are the fans reaction to my lyrics and how they can relate to them.

At what age did you start rapping?

I stated rapping at 10 yrs old

If you could perform with anyone, in the future, who would it have to be?

Were you influenced by old records & tapes? Which ones?

Do you get nervous before a performance or a competition?

Answer: I get butterflies sometimes but majority is a natural calm I feel when I hear the crowd screaming. I say a quick prayer and something takes over and I go with the flow it becomes very natural vibes.

What advice would you give to beginners?

What’s your motto or the advice you live by?

“Say less and do more”is my Motto

Q: Who are your favorite musicians? Groups? CD’s?