After topping the European charts this winter, A&L is back with their 6th single – Living the Dream, a Pop/Punk radio-friendly track. “The current state of our cultural climate has been one of vitriol and aggression.”  say Anthony Casuccio. “This track was written as a referendum/response against the angst.” You can be knocked down and talked down too, but living well is the best revenge.” What you hear, is what was performed in the studio. Everything was done in very few takes. Living the Dream has very little overdubs or audio processing. “This is another Casuccio written song that will get you singing along” Says Lana Marie. This song is a melding of pop vocals with Punk rock guitar tones. “The bridge channels my Shoegaze days.” says Casuccio. “There are a few synth tracks on the choruses that could be found on a Top 40 EDM track buried within the mix.”  Playing on team A&L is drummer Rich Smith who has played on the previous three A&L releases and Matt Sunick. The band is complete and ready to hit the stage.

A&L is made up of two seasoned industry professionals that are not letting age slow them down. Both in their 40s’ they are making their “Rockstar” dreams a reality. A&L is Anthony Casuccio and Lana Marie. Anthony is a 20 year music veteran whose production work has been nominated for three Grammy awards, been featured in major music publications and topped the music charts. Anthony’s received RIAA certified gold records for his production work. Lana is an award-winning vocalist who has been a long-time force on the NY music scene and voice to many jingles on radio and television. Matt and Rich have rounded out the band and A&L has booked shows for this summer and hope to capitalize on their success in Europe with a tour this winter.

Although both have worked in the music business, neither has released original music before creating A&L. They have released five singles over the past two years and an EP. A&L has received radio play in over 70 countries. Their last single Singing My Life Away, released this winter of 2017, peaked at #3 on the Euro Indie Music Top 200 and was on the countdown for over 3 months. It is their third song to make the top 20. Their videos have topped various popular video platforms. 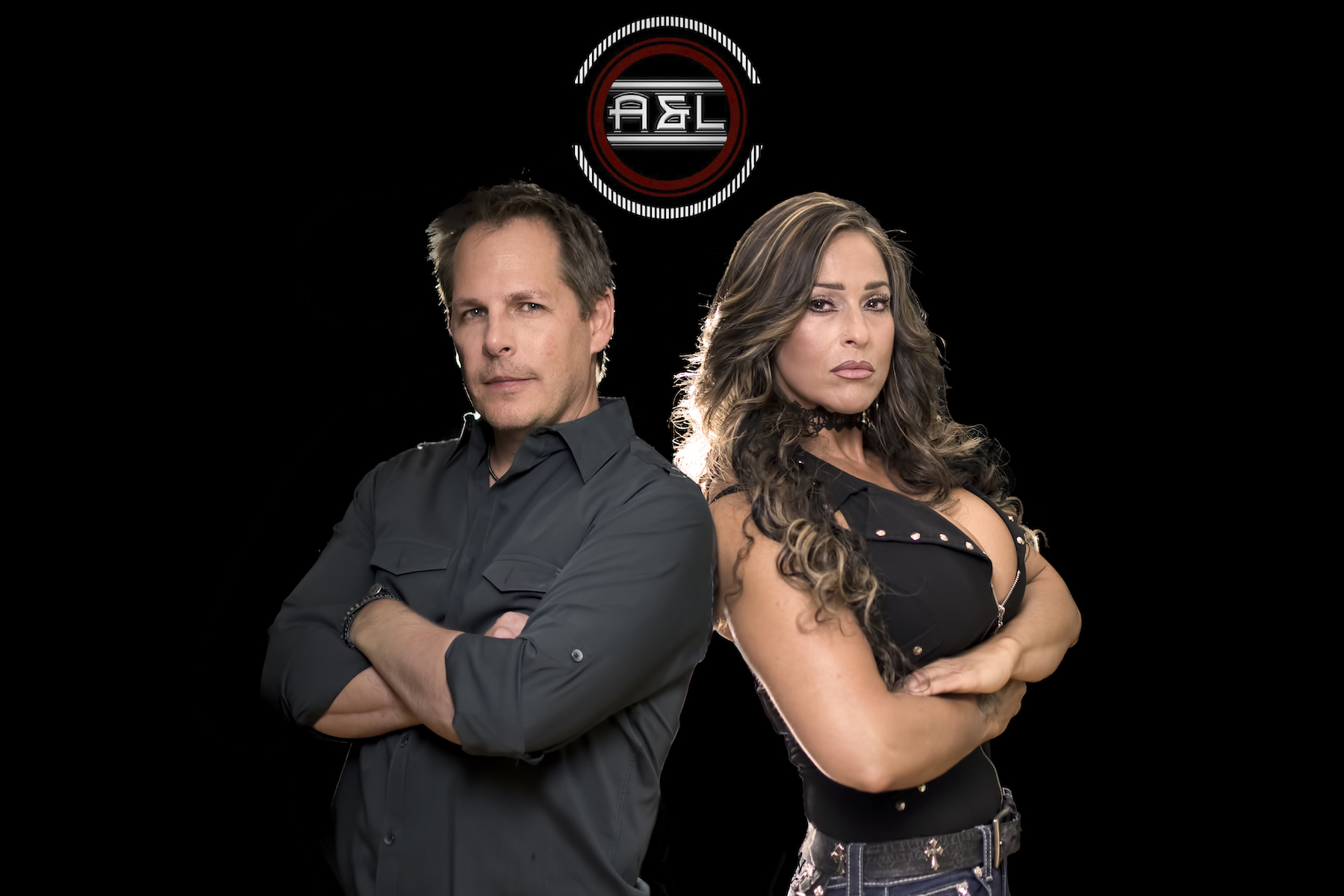 ANS: Anthony here, for me its about finishing up the words is my favorite part. I usually do that last. When the words are done, I can finalize the song structure and then think about going into the recording studio to make this song a reality. I pull ideas from various sources. I tied to write my wife a song, it sounded so cliché. So, I took that I idea and wrote A&L’s song called Cliché making fun of all those lines that you often hear in pop songs.

Ans : Usually very quickly. I get the musical idea and the rest flows. We have released six singles. Of the six, four of the songs where done within a week. The other two I struggled with them over a month or so.

Ans: Always exciting! Lana always impresses me with here vocals and we work very well together. Rich the drummer helps me smooth out the transitions within the song. I have no rhythm. We have a great groove happening now with our live show and that has translated well with songs and recording. It’s easy when you love what your bandmates bring to the table. Our latest single Living the Dream has an awesome bass line. Matt the bassist nailed the track in two takes and his creative vision for the bass line helps kick the song up a notch. To me, bringing it all together in the studio is the best feeling. Then I get to work my magic mixing the song down.

Ans: Me personally I loved the Beatles, Rush and another Canadian band called Triumph. You can hear these bands influence in some of our song styles.

Ans: I am a guitar player. I can play a little piano if need to add a part on the record.

Ans: I just finished a new song that we started rehearsing. We hope to record it this fall for a Christmas release.

Q:Do you have any advice for anyone wanting to sing/play as a career or just advice about careers in general?

Q:  Do you attend sessions? What makes a good session?

Ans: I record and produce all of the A&L songs. In general, being prepared before going in the studio makes a good session. Allowing yourself to be open and follow the creative energy also helps. That’s hard for me sometimes. I usually have a good idea where I want the song to end up, so I have to be open to taking a different creative path.

Q: What is your favorite song to play live?

EPK and info on A&L:

Thank you for this opportunity to reach your audience!