Randall J Stevenson, better known as Impact, is an American rapper/ R&B singer based out of North Carolina. Known for his versatile rhyme flow and melodic and soulful harmonies, Impact brings a heartbeat to music, reminiscent of Slum-Village and Kendrick Lamar, mixed with a 70s-80s R&B vibe. Impact has been writing poems and music since the tender age of 7. Impact was initially inspired to be an artist when he heard LL Cool J’s “Im Bad” and decided to pursue his dreams to become anartist when no one in his city could beat him in a MC battle.

Impact also lists inspirations as Marvin Gaye, El Debarge, Nas and Herbie Handcock, to name a few and has had the opportunity to not only work with his Idol Nas on his first EP “The Reset” album, but he also produced for Cartoon Networks Adult Swim. Impact is aiming to influence through soulful reminiscent frequencies, and wants to move others to find the missing heartbeat in music and not be a follower.

Ans: After the release of first album “The Reset” in 2012, I knew my next project I wanted to highlight the singer side of me. The Reset album highlighted some of my singing skills but the new record is full out R&B. I would say this is both excited and stressful times because it’s an album release and when you’re independent you have to have your hands in all areas of promo and marketing. That part is stressful, the exciting part is letting the people finally hear what took 4 years to complete.

Ans: I am blessed to have a my own studio in the comforts of my home so all I do is shut the door and the worldly shit no longer exists until I’m ready. Plus I meditate a lot so that helps. 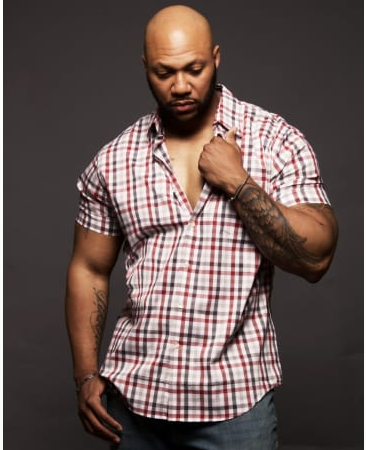 Ans : Interesting question, honestly I rarely write. I let the melody and mood of the music speak to me. With having the convenience of a studio, the mic is always ready so any melody or lyric that comes to mind I’m able to track down right away. To me writing then later recording can sometimes mess the mood up, especially when you hear something dope for the first time. I like to capture that feeling as soon as I can.

Ans: Being gifted is great, but without humility and hard work doors will swing only half open.

ANs: depends on the mood, lately I’ve been blasting a lot of Rick Ross. I don’t have a particular favorite. Music has so many flavors its hard to pick just 1.

ANS: Yes I do, I physically don’t write music down. Its either stored in my brain or I use my cell phone’s voice recorder to capture ideas when I’m not in the studio. I pull a lot inspiration from the 70-80s era. Songs back then told a story so I try my best to pull from that

Ans: No events yet, outside of recording I have been offered a few modeling gigs so stay tuned for that. We just wrapped up the album but you can follow me on my website www.impactsworld.com

Ans : Learn a little about a lot. Don’t get caught up in the “local” fam. Just be yourself and do the music that makes you happy and not shit just to fit in. Every star in the sky is unique so you should live your life as much as you can that way.

Hasten Mercy is the new solo project of Michael Baker, a Head Fake member. Released under Global Heist Recordings/Neurodisc Records, it consists of three songs, each of which is different and has unique lyrics. Nothing is more enjoyable at the beginning of the new year than good songs, and Michael Baker has done it amazingly. It features pop songs having the temptation to the old times. “Star You Are” is compelling, and its remarkable and…