The effect that Leo Salom has had on deep-house music these past years is difficult to underestimate.

His journey as a musician, brand, and personality has flowed so smoothly from inception to now that it’s hard to think it wasn’t guided by some experience. But now that his new single is out, things are going to change a lot.

Before he embarks on a tour to promote his music, we were able to get in touch with him and ask him some questions we had burning in the back of our minds.

Check out his answers below.

How did “A Brighter Day” come to life?

I wrote it last year. I was just playing a DJ set with my boys, and I was like – Hey what do you guys think of this one? – It was not even produced or anything yet. It was just a song without vocals, and then I found an amazing voice for it.

How did you know Sula Mae?

I found her online, just surfing on few websites where you can find new vocals. I immediately feel in love with her voice. I thought that would have match perfectly with my track. It hasn’t been difficult, honestly. It’s all about feelings, when you feel a voice into your vibe, that’s the one you need to take advantage. 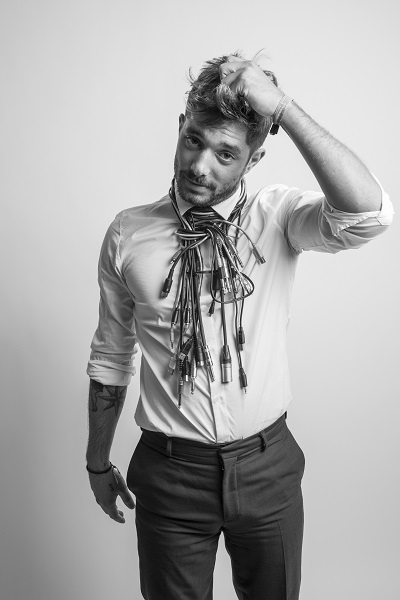 I produce Deep House since 2013 and already tried producing other styles, but I didn’t like it too much, my vibe for sure is Deep House.

Is it possible to catch you sometimes outside of Italy? What about some festivals?

Yes, I’m always playing out of Italy, especially in the UK. I have a lot of friends around there, even though I try to change crowd every year… music has a very strong power pretty much everywhere, right? And about the festivals, I played to Terracava festival in the summer of 2014, in Rome, that one… it’ll be such a big memory for me.

How many releases do you have?

I have a lot of music already, but I didn’t release on many labels. I’ve always been very strict about it because I never found interesting to release on 1 million labels, I have always selected where to release my music during past years. I already have releases on labels : Katana Sounds (IT), Kiss Dance Records (GR) and Absence Records (CO).

Did you plan from the beginning to combine tropical vibes with so future bass line?

Thank you very much, really I am very happy you like it. Yes I really planned right from the start the idea of the song, the result was exactly as planned because the idea was to have a song with a tropical vibe and a serious and aggressive future bass line and the vocals of Sula gave the full brightness to the music.

When we can expect next release from you?

I will have some tropical releases for my own label Regolare Records and I will get back to working on more songs for the Absence Records. So yes, soon I will have more releases coming on these great labels.

One last question – could you pick one Deep House track which is in the fire right now?

Thanks for interview, keep up great job, I hope to hear about your new music soon enough. Big love to Italy.

Thank you very much for the opportunity to have this interview, thanks for all support for my Deep House production and also for a lot of positive energy from Italian Deep House crew. Certainly I have more good things coming out from my studio.