St. Loui-based multi-instrumentalist Rouleaux has spent the last few years working behind the scenes with local artists and developing his sound working with other jazz, hip-hop, and electronic musicians. Following the release of his first two singles, “I Don’t Do Cocaine” and “Slut,” his debut EP “Euphoria” is the first of three projects to be released in the first half of 2019. Recently, he has released two house tracks, “Rolling Talk” and “Peaking,” on Soundcloud. “Tweaking” is set for Soundcloud release on December 21st.

When you decide it’s time to make a new record, is that more exciting or stressful?

I have a couple of projects that are getting close to their final stages right now, but none of them were really planned in the sense of like, “oh it’s time to make this many songs for this project,” I just like to make as much content as I can and the shape and sound just sort of comes together. “Euphoria” was made after I got to a place where I really understood what it felt like to work your ass off and need that release you get from a really good party, big or small. I always get really excited to produce a new body of work that shares a similar color.

Where do you draw inspiration from when you write songs and what’s your favorite part about the process?

Writing comes in bursts for me, but I’ll usually be in the car listening to a beat or something and get an idea for a hook. I’ll write out a whole song on my phone, and record it as soon as I’m back to my equipment. My favorite part is remixing the track after that first recording—usually, once the lyrics are down, I go crazy tweaking everything and the final product is insanely different from where it started.

At what age did you start singing?

This one’s rough. I’ve never sang before I started recording my own stuff, and I absolutely hate my voice. It took a lot of trial and error to develop my sound—I’m talking sitting in front of my computer for hours, recording the same two bars over and over again until it’s something I’d even feel comfortable playing for anyone.

If you could perform with anyone in the future, who would it have to be?

Either FKA Twigs, Nicki Minaj, or Azealia Banks. I love Nicki and her stage presence is insane. Twigs’ artistry is basically a wet dream born into reality from a deity’s mushroom trip, and I’ve always had a soft spot for Azealia and the way she delivers her sound. 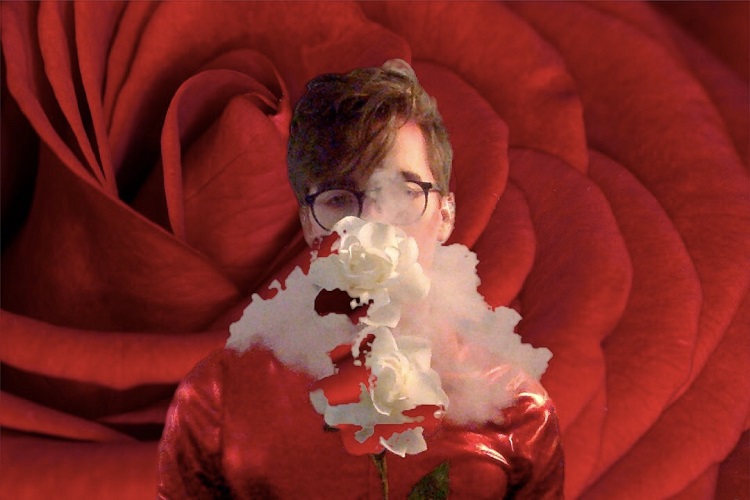 Do you have any events coming up or recording going on right now?

“Euphoria,” my debut EP, is scheduled for release on January 4, 2019. My next EP, “Long Nights,” is recorded and almost done. I’ve got two more projects I’m working on right now as well, but they’re pretty experimental for me so it’s taking some time. I’ve also got a music video or two in the works, a few modelling gigs, some really cool collaborations in the works (can’t say anything yet!), and I’m also talking with some developers about releasing an app to help people manage living with chronic illness.

Do you have any advice for anyone wanting to produce as a career or just advice about careers in general?

The world sucks, and it isn’t ever fair. You will always be discredited, dragged, and critiqued by people who don’t know anything about you. For artists, don’t ever let that affect how you feel about your work. Make your art for you, not for anyone else. For everyone else, don’t be afraid to want more. Surround yourself with people who don’t call you stupid for thinking you can get somewhere, and study those who’ve already done it.

When and why did you start playing?

I picked up piano and sax when I was younger. I’m not really sure why, I just always really loved playing music. When I started producing around 15-16, I didn’t really have a direction until I met my boyfriend a year or so after. He’s an artist himself and he introduced me to a lot of new music and ideas that inspired the sound I have now.

Which instruments do you play?

Right now, I only regularly play the piano and saxophone. I also know how to play bass, guitar, violin, and percussion, but it’s been a minute since I’ve had any access to those instruments. I played around with the clarinet, flute, viola, and a little trumpet when I was in high school, but I’m pretty rusty with those.

Do you get nervous before a performance or a competition?

I have yet to perform my music, but my live set is coming together pretty quickly so it won’t be that way for long. I’ve performed in a few jazz groups in the past, but yeah I always got crazy nervous. Didn’t help that I never really got along with anyone I was working with, either. I’ve had an anxiety disorder for as long as I can remember, so, naturally, I spent a ridiculous amount of time practicing. The second I step on a stage, adrenaline takes over and it’s insane how reality just kind of disappears for a while.

How do you balance your music with other obligations – mate, children, job?

Something a lot of people don’t realize is that once you start sharing your music with other people, it really does become a full time job. Writing, producing, recording, mixing, distributing—it all takes a lot of time and energy behind the scenes. I work as a caregiver right now and I’m studying for my CNA and RN, so it can be definitely a lot to balance, but the beauty of working in music is that it doesn’t always really feel like I’m even working. Learning how to budget your time is super annoying, but it’s a necessity.