Imtiaz Kibria – An Astral dimensional multi-talented creator that channels sonic vibrations that move the soul and reverberate through the multiverse.  Imtiaz is an artist, writer, singer, rapper, actor, performer, dreamer, lover, traveler and cosmic wanderer. From a Bangladeshi heritage – Imtiaz was born in Washington DC where his father was working as an economist at the IMF. At the age of 8 he had a major life change when he moved with his father and brother to with his grandparents in Dhaka Bangladesh when they were supposedly going on summer vacation. From 8-15 Imtiaz lived in Dhaka and then after a friend was kidnapped he moved to boarding school in India (Kodaikanal). From a young age he always wanted to be an actor and it was here he got his first taste of performing in theater.

Soon after Imtiaz moved to Atlanta to stay with his mother and get an agent and finish high school in the US. After high school he moved to Los Angeles, went to USC for film and television for a year and then transferred to Griffith University in the Gold Coast, Australia where he did his BBA and MBA specializing in marketing.

After graduating and leaving Australia, Imtiaz moved to Los Angeles to pursue acting but eventually moved back to Atlanta. It was there in 2012 that he met Donny Dey for the first time on a movie set and they started hanging out. One day Donny (a lifetime musician and multi instrumentalist) had a beat he was working on and asked Imtiaz to write something for it. Twenty minutes later Imtiaz had written ‘Kandy-flippin’ his first song and they then recorded it and started showing people in the Atlanta area and on various movie sets. 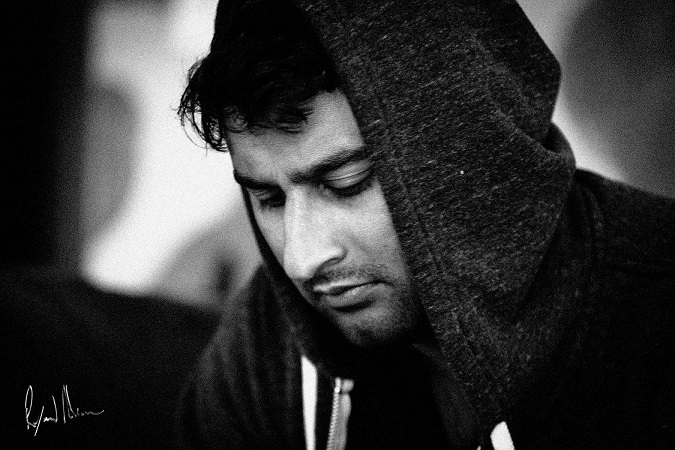 Imtiaz then moved to Bangladesh for a few years but after he came back to the US he reconnected with Donny and they started working more intensively and seriously on music. In May of 2018, Imtiaz had a devastating injury where he almost lost his left arm in an accident and this changed him and his direction for the future. It was during these dark times that he rediscovered his love and passion for music and how therapeutic and special it was for him to release his emotions.

Imtiaz and Donny have both been influenced by a variety of bands and artists through the ages and are known for their versatility and forward thinking musical sensibilities. Since they are both of Bengali descent music is in their blood and they are ushering in a sonic revolution with their music which is a blend between Hip Hop, Rock, EDM and 80’s synth. Imtiaz has been heavily influenced by bands like the Beatles, Nirvana, The Strokes and artists such as Juice Wrld, Lil Peep, Justin Bieber, Miguel and Michael Jackson while Donny likewise has a variety of influences such as Daft Punk, Kanye West, Travis Scott, Calvin Harris and Justice.

Imtiaz and Donny are now taking their music to the next level after years of work and practice. In 2020 they have released 5 fresh tracks most of which were made during the pandemic and are on a path to soon record their first music video and then continue recording music. The sky is the limit for this talented duo who have both been through several trials and tribulations to get to this point. Tune in and join them on their journey towards their musical destiny.

Q :When you decide it’s time to make a new record, is that more exciting or stressful?

Ans: It’s definitely exciting. I love working with my producer and coming up with new ideas for tracks and then bringing them to life. To me this is a passion first and foremost and something that allows me to deal with my emotions and express myself. Life can be stressful – music is definitely not.

Ans : It depends, sometimes it comes quickly and easily and things just flow. Other times depending on the situation and intricacies of the song it can take a little longer. Often coming up with the song theme and most of it is quite easy, and then polishing may take longer.

Ans: Always pursue your passions and explore your gifts. Life is too short to not do what makes you happy and listen to people who are discouraging.

Ans: Probably “When I Come Around” by Green Day

Ans: Sometimes it comes from what’s happening in our lives at that very moment and sometimes its stories of our past experiences. I find that I feel particularly inspired when I have something exciting happen, or when I am depressed and thinking about painful events from the past. Once I turn those emotions into a song, the magic of music is that I feel a lot better and I feel like I have turned my pain into something beautiful.

Ans: I would love to perform with Justin Bieber, Migos, Lil Uzi Vert, Julian Casablancas, Miguel, Ariana Grande, Taylor Swift and also some up and coming artists such as Kid Laroi and Jack Harlow.

Ans: Currently we are in the midst of promoting the tracks we have released on all streaming services and stores and are also working on some details to make our first music video. My producer Donny Dey and I will also be getting together in the near future to write and record a bunch of new tracks which we are both really excited for.

Ans: Growing up my father was a huge fan of the Beatles. My fondest memories were in our house in Washington DC when I was a child listening to all the albums. I felt like John, Paul, George and Ringo were my earliest real friends and their music was the soundtrack to my childhood. I still get goosebumps whenever I hear the Beatles and in my opinion they are the greatest and most influential band to ever exist.

Q: Who are your favorite musicians? Groups? CD’s?

Ans: As mentioned in my previous answer – I adore the Beatles. I also really love Nirvana, The Doors, The Rolling Stones, The Strokes, Green Day, Oasis, Smashing Pumpkins (so a lot of 90’s alternative rock) as well as artists like Prince and Michael Jackson. In terms of newer artists I love Lil Peep, Juice Wrld, Migos, Miguel, Justin Bieber, Lil Uzi Vert, Avicii and The Weeknd. My favorite CD’s would have to be Nirvana Nevermind, Dookie by Green Day and it’s a tough choice between Revolver and Rubber Soul from the Beatles because I love them both.