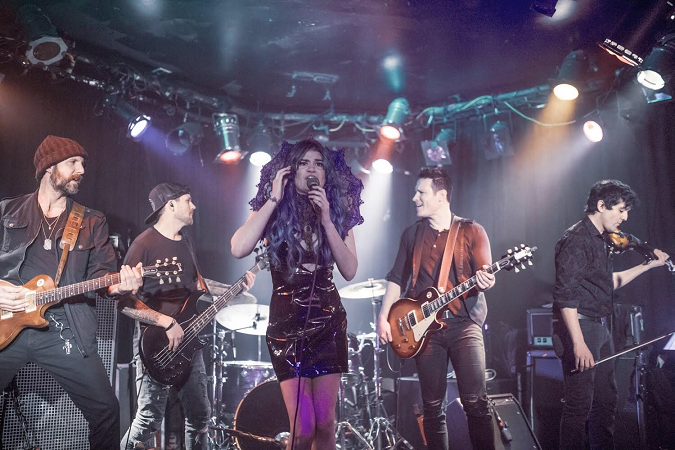 Vocalist and songwriter, Justine stated, “I was picturing a horror fairytale, the song Nightshade is about toxicity in all of its forms that look the most appealing.” Blue Midnights songs are like a moment in time. There has always been liberation in the lyrics, and genre-bending in the soundtracks. Starting with the concept to fuse the two world’s of music together by combining both heavy elements and orchestral elements. The band wishes to continue this tradition, but with perception and craftsmanship that simply a band of their calibre could command.

Blue Midnight will be performing throughout the year! Check out their website for their tour dates and to listen to songs from their new album Eternal Wish https://www.bluemidnightmusic.com/