We recently sat down with Blue Flamez- a Native American hip hop artist from Portland, Oregan who also happens to be up for a NAMMY award (their version of a Grammy award), which he is really excited about. It was great to recently catch up with him and find out about his latest song ‘Rez Life’ and the amazing, feel good music video behind it. Here is what he had to share with us:

27PR: How amazed were you when you first heard the news and also, tell us what a NAMMY award is:

BF: A NAMMY is an award that recognizes outstanding musical achievement in styles associated with Native Americans, predominantly in the United States and Canada. As an artist new to the industry, I am honored just to be in the running for such an award but overall, I feel excited of the possibilities my team can achieve in the future!

27PR: Your new single ‘Rez Life’ talks about life on the Indian reservation and the struggles and setbacks people endure. It also has a positive and fun vibe at the same time. How did the process for writing this song begin?

BF: Beats Lyrics Leaders is the mentorship program that brought our team together. We learned the process of creating a song from the ground up led by Yamio 263.Writing workshops and studio sessions prepared us to step into orbit audio in Seattle, Washington the same studio Macklemore created his album. We sat and brainstormed different topics that we faced in our daily lives. Darrin Looney who is featured on the song Rez Life suggested we do a song talking about the ghetto and we figured the reservation is the perfect topic! We then began writing our different verses on the Rez Life track. We wanted to bring a positive vibe that people can enjoy. Also, the video depicts our people in a positive community atmosphere! Even though we’re facing historical trauma we have the choice to be happy and heal through our music. 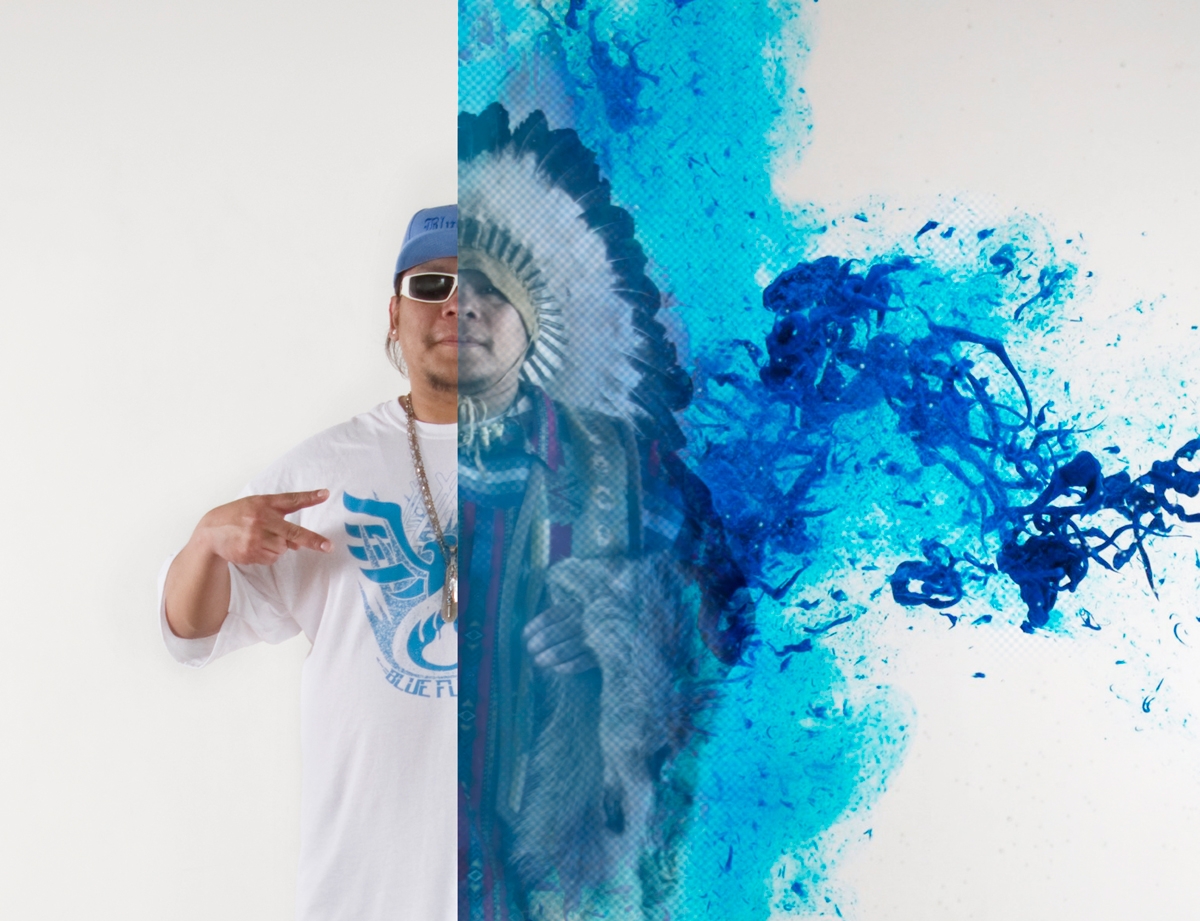 27PR: Let’s talk about the music video, how did you guys come up with the concept for the video?

The concept was a team effort! We wanted to represent the 9 tribes of Oregon and show the community aspect in the video. The BBQ scene was my idea, I always enjoyed 90s style music videos and figured why not feed the people and have fun?

27PR: Was it easy, since it was all about the roots of where you came from?

BF: It was easy to plan and have a vision of the video but a whole different story bringing it to life. The young man Tommy Lee Whiteplume drumming at the beginning and end of the video shows him having a vision while he’s practicing his spiritual teachings.

27PR: The song Rez Life, has been described as Hip Hop with also elements of flutes and drumming featured on the track as well as a similar type feel to a Too Short song. How would you describe the sound?

BF: I would describe the sound as 90’s west coast sound mixed with some native flavor!

27PR: The song is getting quite a lot of plays on youtube with many people spreading the word of how amazing the music sounds. How does it feel to have such a heartfelt and feel good song, grab the attention of so many listeners all over the world?

BF: It feels good that our music can be relatable and we can be heard in a positive light. Also, gives us a voice to speak for our people truthfully and how we feel about the oppression our people face daily.

27PR: What were some of your musical influences growing up?

BF: I grew up listening to Bob Marley, Marvin Gay, Micheal Jackson, Ice T, NWA, Too Short, Warren G, Eazy E, Young Lay, E40, Tupac, Mac Dre, Outkast, Fugees plus many more but these are the artists I followed. I am a real west coast fan as my older brother would dub me tapes to listen to in my walkman on my way to school. I then realized music is a tool that can influence people. I remember in the 6th grade listening to Too Short’s Gettin It on repeat for a month. It made me realize life isn’t fair, but I have to try my best to make the best of the life I was blessed with and I thought if he can make it out the ghetto maybe I can too!

27PR: What would you like the listeners to take away with them when they hear Rez Life?

BF: More awareness of the issues my people face daily and that we are still up holding our promise to protect Mother Earth regardless of the past history, we will heal and strive once again!!

27PR: What is your best piece of advice to aspiring artists and musicians?

BF: Treat people the way you want to be treated! Leave your ego at the door and let the creative ideas flow. They say team work makes the dream work! Stay humble and true to your craft!

Make sure to cast your vote now for Blue Flamez Rez Life: