Q:When you decide it quote s time to make a new record, is that more exciting or stressful?

Ans: I’d definitely have to say it’s more exciting then stressful as it is a cathartic release of all the ideas that have been amalgamating inside of your conscious over the last year or longer. To me it’s more like planting a garden. The seeds that you’ve nourished and looked after are now beginning to take shape into a beautiful array of colour and form that will soon come to sustain you as it’s fruits become ripe and rich with the energy.

Ans: It’s more of an act of self discipline when it comes to keeping an arm’s-length from the digital umbilical cord of the 21st-century. I keep extremely active especially for nine months through the spring summer and fall as a result of gardening and nurturing the food that I grow. Really on a philosophical level it has more to do with what I do with my hands that changes everything. So many artisans and workmen and craftsman that I know have their hands in a multitude of projects that really flourish in artistic lifestyle and way of life that keeps the negativity of so many things at bay.

Ans: To me music is reactionary so if I’m conscious and thinking about my living environment and I things going on around me it’s very easy to find subject matter. Forming it into some pliable form of art-entertainment using the vehicle of music is a whole other story. What I have learned over a number of years is to allow that initial creative spark to pull me through the process and not allow ego to dictate its path.

Q: What quote s your motto or the advice you live by?

Ans: Keep your friends close but your enemies even closer….

ANs: Thats a tough question to answer as my mood in my vehicle is continually changing. I love listening to Hendrix and the Tower of Power usually at high-speed’s. If I’m taking a leisurely country ride I may prefer something more like Jethro Tull or Bob Marley. Love the reggae at slow speed’s when it comes to rebel music.

Ans: Everything in the kitchen sink. 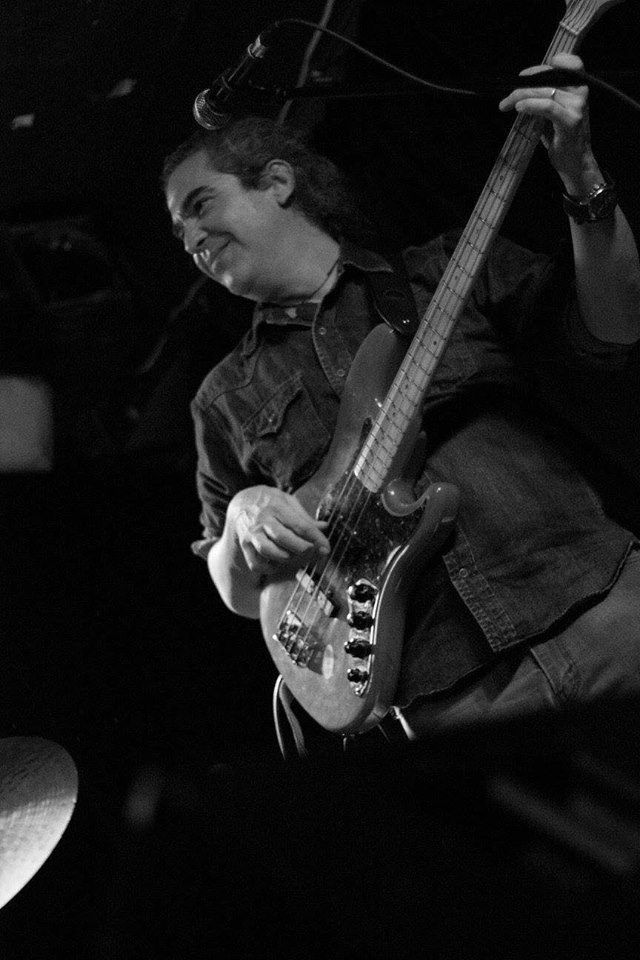 Q: You write all of your own music; where do you draw inspiration from when you write songs and what\rquote s your favorite part about the proccess?

Ans: You never know when an inspiration is going to hit you so the important thing is that you act upon it when it arrives. I knew you were coming so I baked a cake…..

My favorite part is the act of discovery. It’s almost like an archaeological dig of everything that’s been running through your mind about this particular idea and it’s finally come to summation. Picture yourself deep in the desert parting sand with a brush on your hands and knees. Slowly as you move and sift away the debris a glimmer of light catches itself amongst the tarnished and hidden emerald musical effigy. As your filter away more of the obstacles of rubble you realize what lies before you is one of the fabled things that your heart has always been seeking…. The great statue is released… and is continually doing so. The desert is big my friends…

ANS: I’d say it was about the age of four. My parents used to show me off in the kitchen when family friends and people would come over for dinner. I would often be asked to sing songs like Elvis Presley’s Teddy Bear or the classic John Jacob jingle Heimer Schmidt.. it seemed that there was a positive response so I thought maybe I should stick with it..

Ans: Let every person be my mentor so I may learn from them. Man I get inspired by so many different people it’s really hard to put a pinpoint on it. What really inspires me are the life stories of certain people who’ve gone through incredible struggles to achieve what they wanted and have come out the other side victorious. Not necessarily scarred but beautiful. The ones that lack ego are my most favourite. “The harder the battle come the sweeter the victory” Robert Nestor Marley

Ans: Well I’ve written so much music over the last 10 years and there’s been an incredible amount of people that have played with me to make this happen. They are people that I’ve played with for almost 30 years and some of which are childhood friends. I would say there’s a select group of 6 to 7 people that would be incredible to be out on the road with to make the music live and jump. With an act like this we could make goat piss turn into gasoline. Donald “Duck” Dunn.

The idea is 3 to 4 tour buses that roll down the road more like a group of gypsies. Electric gypsies. Nice gypsies that make food and things for people. The first two buses carry the band and the road crew. The third bus is loaded with gear and a small recording studio that we can use to record people while out on the road. Bus number four is an organic/garden rolling kitchen that can feed people who are homeless on the street as well as others that have money to pay for it. Let the good times roll….