Songwriter and singer Evan Henzi, whose current song “Gareth Emery feat. Evan Henzi, – Call to Arms”, and its remixes, has hit over 1.5 M streams on Spotify, has signed with Jane Owen PR for public relations, and with Arya Artist Mgmt and its principal Greg Sims for personal management.

Evan Henzi is a young, new singer songwriter sensation, who has burst on to the scene with a voice that artists and producers around the globe are clamoring to collaborate with.

Henzi co-wrote the track with Gary Lightbody and Johnny McDaid of Snow Patrol, and superstar British DJ Gareth Emery heard the song, reached out to Lightbody, and worked with Henzi to create their electronic dance version, which is on Armin van Buuren’s label, Armada. 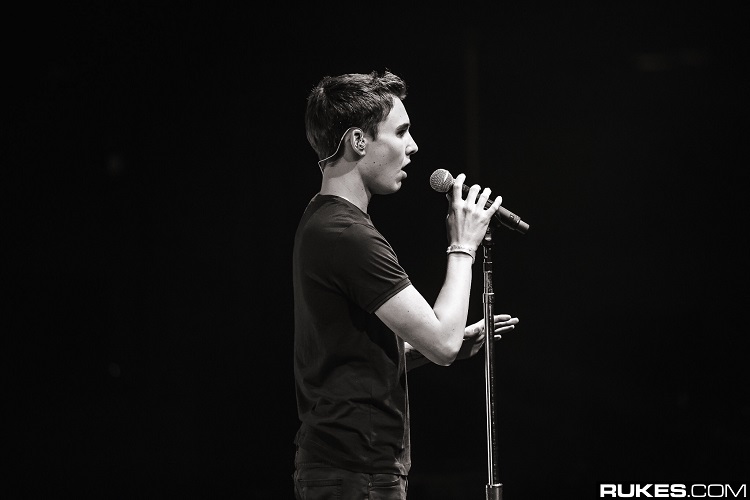 Henzi is an advocate for sexual abuse victims, his former personal manager was convicted of assaulting him and served jail time, and is a registered sex offender for life. Evan’s recent appearance on Dr. Oz earlier this year brought him great praise for his poise, and talent. In an interview with record label Armada, last month, when Henzi was asked about his personal history, and working with Emery, he said:

“Gareth helped me understand right away that Trance is about the music over the image. I grew up in this industry thinking that image was everything. And during the several months before release, Gareth would send me the track as he progressed, and I didn’t really know it at the time, but looking back, that process healed a horrible wound within me where I used to doubt whether making music on a larger scale was even possible for me. Gareth really turned ‘Call To Arms’ into a track of a higher calling.”

Sims has several certified Platinum and Gold records for his work managing Dutch superstar Anouk, and oversaw a renaissance several years ago for Martha Davis and The Motels, and produced “The Motels Live at the 50th Anniversary of the Whisky A GoGo.”  He also currently manages Olympic diving legend Greg Louganis.

About Evan, Sims said: “As tough as music is these days, for me it’s still important to believe in and work for emerging artists outside of “The Voice” model, and my instinct about Evan’s talent was reinforced by some amazing supporters in less than a year.”

Said Henzi:  “I’m so excited about working with someone as talented and passionate as Jane, and working with Greg this past year has reinforced all of my dreams for writing, and singing, I can’t wait for 2019!”

The initial “Call To Arms” track was followed up with a remix package including tracks from Cosmic Gate, Davey Asprey, Matt Fax, and Sebastien, which reached #1 on Beatport’s respective DJ chart. “Call To Arms” has reached 1.5 Million Spotify Streams across the original and remixes. An acoustic version of “Call To Arms,” and a “social justice” video are being done in the next few months, and Henzi has just delivered vocals on a major new collaboration, details of which will be announced at the beginning of 2019.