Born and raised in Paterson New Jersey, Jayshawn “A Pressure” McDowell grew up on ‪185 Jackson Street‬ on the South Side of Paterson, NJ.  With music everywhere, at 13 A Pressure began rap battling and focused to master his craft.  After experiencing a lot of trials and tribulations, A Pressure was incarcerated and sentenced to eight years in prison for shootings and robberies at 17 years old. Upon his release from prison, he dropped a single entitled “I Got the Drip” which was then streamed onto Hot 97 by Jersey’s own DJ Drewski of the MVMT Show and later spun by the legendary Funk Master Flex. 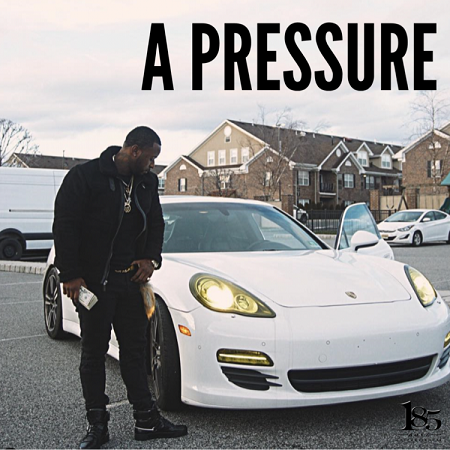 Since then he has opened up for rap artist Tee Grizzley and sold out independent concerts. He recently dropped his EP entitled “Machine Money: Pain in Glory”, which details his struggle and breaking free from the system. Shortly after his EP release he dropped his second single “Rumors” which has reached over 45,000 views in a matter of two weeks with no label deal or backing. His latest mixtape ‘Half Time’ is now streamin on soundcloud. He is an independent artist who is completely funding himself and he is coming in strong. There are no signs of him stopping. He has a story to tell and this is just the beginning. Be on the LOOKOUT for A Pressure!