Albert Ojeda is American born entertainer and musician. At just 21 years old his “FREAK” Music Video (Directed by Kayleen Lansdale) was picked up by MyZoneTV in Russia and suddenly nominated for “Best Dark Video” later that year by MyZoneTV. Though the video did not win the category, the recognition later garnered Albert a coveted MTV Artist Page deeming him “GothPop Artist Albert Ojeda”. Before MTV decided to stop running BETA on Artist Profiles Albert rushed into social media at the infancy of instagram. Quickly branding himself, he proved to be a force to be reckoned within the entertainment scene of Disneyland’s very own Anaheim California.

Ans: Right now I’m at a completely new chapter in life Where am finding it to be a bit difficult at times. But hey! It comes with the territory I guess. Nobody said it was easy building a brand.

Ans: honestly for me it’s an exciting time, but I’m sure for everyone around me it’s probably more stressful. Especially on my girlfriend. But she’s my biggest supporter and at this point of my life my biggest inspiration.

Ans: It depends on the process. I mean songs come to me all the time in my sleep and in the shower. But if we’re talking songwriting process and I don’t already have an inspiration or general theme for the song, I need intense listening sessions to draw inspiration from the music at hand.

Ans: I’m a pretty open person, just ask my friends. I don’t really like shut things out because I like to embrace experiences and topics of all kinds. But I’ve done a lot of growing over the years and I’ve learned that if you don’t shut things out you’re just inviting drama in, so I keep to myself and occasionally I have a night out with the crew. 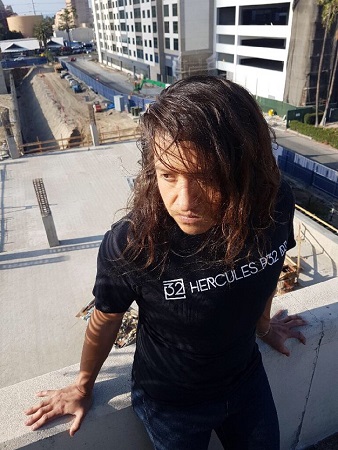 Ans: I’m a genuine patriot. So for the times we’re in currently I’ve been living by an old country motto. “Don’t let the bastards get you down.”

Ans: Actually I am hosting a Halloween party at the Cave Sports Bar in Orange County California on Saturday October 27. It’s going to be a super chill costume party! I’m really looking forward to it!

Ans: My fondest music memories? I would definitely have to say putting together talent show routine‘s with my neighborhood friends. It’s super embarrassing to look back at it now but there was one time in particular I’ll admit. I coached a whole routine for my friends Brittney, Kassy, and Kristin to a Spice Girls song. The night of the show they ended up forcing me to go on stage with them and I accidentally stole the show, it was pretty funny.

Ans: My dad loves to subject the family to his rendition of “happy birthday” any chance he gets. It’s whimsical to say the least. But other than that I’d have to say the whole fam is pretty entertaining. And I’m more of an entertainer than musician.

Ans: I was raised with a pretty liberal musical taste. My grandma loved Elvis and the Beatles. My dad loves Pink Floyd and Led Zeppelin. And my mom raised me on Fleetwood Mac and Madonna. I’d say that my cousin Michael definitely sparked my interest in pursuing music. He was a pretty well known rapper in the local scene here in OC in the late 90s early 2000s. It’s a bit funny to me that we’ve played the same House of Blues in different eras of its existence before it relocated from Downtown Disney.

A Conversion With Wolf Critton