Aubrey Whitfield, has made her mark on the flawless pop records of artists from across the globe. With credits boasting UK and international airplay on hundreds of radio stations and scores of positive media reviews on her dynamic, creative and cutting edge productions,

Originally from Merseyside in the North of England, Aubrey found herself obsessed with music and songwriting from a very young age. Having learnt the piano and guitar by the age of 14, she went on to write over 500 songs by the age of 17.  By 2000 she had formed her first band, Qubis, who went on to release two EPs written and produced by Aubrey and signed a management deal, went on national UK TV and were playlisted on BBC Radio.

Aubrey has now developed her producing style to alternative R&B/pop with a mixed fusion of rock and house. Making her records unique, refreshing and exciting.Aubrey has a diverse skill set – she is an artist herself and understands what makes musicians tick, she has over 20 years songwriting and producing experience, has run successful record labels, signed recording contracts and has an eclectic taste in music meaning that her songs are current, innovative and cutting edge.

Q: How did you and Gaston Dalmau come to form the pop-rock duo The Utopia?

Ans: Gaston had actually come across some of my songs and really liked the sound of my voice and songs. He initially hired me to produce an EP for him but quite early on he floated the idea of us forming a duo together. I was unsure at first because, psychologically, I had left my career as an artist in the past but something just clicked with Gaston and it almost felt like we were meant to meet! He’s an incredible person. So we have collaborated online for about 6 months as he is based in Los Angeles and I’m in London. But I flew out to L.A in March where we recorded the vocals to our debut EP and it’s sounding pretty special. We are hoping to fly out to Argentina and other countries to tour the EP as our fans have been waiting to see Gaston for some time.  Fans can keep an eye on www.theutopiamusic.com for further info. 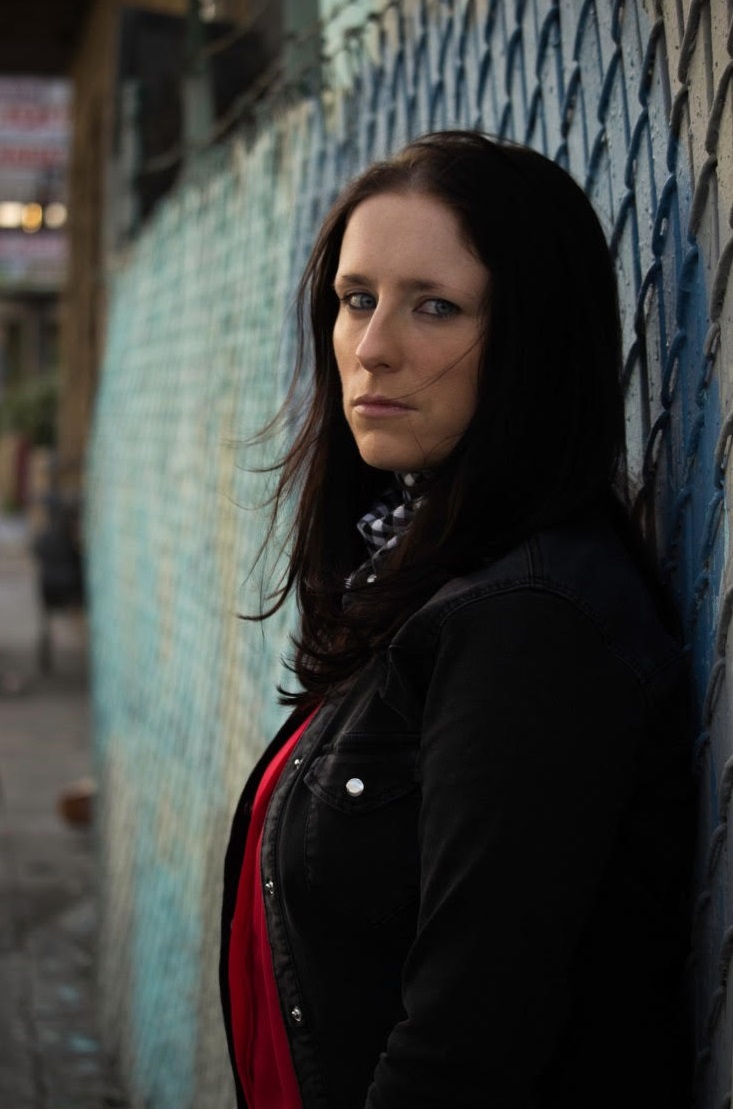 Q: You write all of your own music; where do you draw inspiration from when you write songs and what ís your favorite part about the process?

Ans: I tend to be inspired by other songs I hear. I’ll often listen to a new song and I’ll think ‘I wish I’d written that’ and then I will go away and write a song which is similar in style. But, also, as many other songwriters will know – inspiration when you’re a songwriter can come out of nowhere. I’ve started to write a lot of my lyrics whilst I’m cycling home on my bike across London. I also recently wrote a very special song after a conversation I had with a colleague in train station. So inspiration can strike from anywhere.

Ans: There is so much going on for me right now! I am very proud and honoured to be  one half of The Utopia and our EP will be ready soon. But I also have so many other projects on the go – I am writing and producing music for a number of X-factor artists, Tom Andrews (of Ellen DeGeneres fame) and some exceptionally talented singer-songwriters such as Mairead Furlong, London Taylor and Jack Kelly. I am also about to launch a new business called British Beats which will send some of my productions and those of other British producers.

ANS: I started writing songs around the age of 8. My parents had some vinyl that had instrumental songs on them and I would write lyrics and melodies on top of them. Then when I was 11 I got a classic Casio keyboard for Christmas and that’s when I started writing songs for real. At 14 my dad taught me to play the guitar after I saw Oasis perform at The Brit Awards and it blew my head off with excitement! Then by the age of 17 I had written over 500 songs. My dad is a bass player so I learned a lot from him, but I always knew I meant to go into music!

Ans: Guitar, piano, bass and little bit of the saxophone and cello. I’m also a singer.

Ans: I really suffer with my nerves before a performance and it’s something that I’ve had to work hard at over the years. Once I’m on stage and performing I am absolutely fine. I’ve never liked performing on my own which is why I’m so happy in The Utopia with Gaston, as we can support each other and share the excitement and pressures that artists experience.

Q: What ís your motto or the advice you live by?

Ans: Never give up on your dreams because anything is possible. I genuinely believe that!

Q: How did you get into music producing?

Ans: I had been an artist for most of my life and I had self produced two albums and an EP so I was an experienced producer already. There came a point where I was getting more enjoyment out of being behind a mixing console rather than turning up to gigs on my own. So I gradually moved from performing over to producing for other artists. As soon as I made the decision to produce other artists, things just accelerated for me and it became clear that there is a huge gap in the music industry for female music producers. I’m now one of the highest profile female producers in the UK which is incredible and I’m only just starting out on this journey.

Q:  How do you balance your music with other obligations – friends, children, job etc?

Ans: I read somewhere that music producers have about 4 hours sleep on average and I’d have to agree with that! I go to bed at 1am and I get up at 6am and work all day. I typically have no less than 10 projects/songs on at any one time. It doesn’t feel like work because I love it so much but I do need to get better at seeing my friends and taking time out to relax. Maybe one day!