It’s amazing the things you can learn about a person from their work ethic. You might say that that is what resumés are for, right? Well, that is true, but if you look closely at some people’s list of what they have accomplished and what schools they attended, etc. you can see definite patterns emerging. Rashi Jain’s CV, for instance, although quite abundant in achievements, also says a great deal about her work ethic and drive. The depth and breadth of her single-minded thrust toward excellence in several design fields becomes obvious after only a cursory glance at some of the work she has done to get to where she is today. That is, an in-demand motion picture Production Designer, Art Director, Scenic Artist and Visual Developer.

Before Rashi immersed herself in the Production Design part of the movie industry she was an architect. Becoming an architect isn’t a credential that one attains by taking a summer class and reading a coffee table book about beautiful buildings. It is an involved and serious discipline that takes years of intense study and testing and then after all that you need to work under another architect to make sure you know your stuff and then you get certified. Drive? Yes, Rashi has plenty of drive and an extraordinary power of endurance. 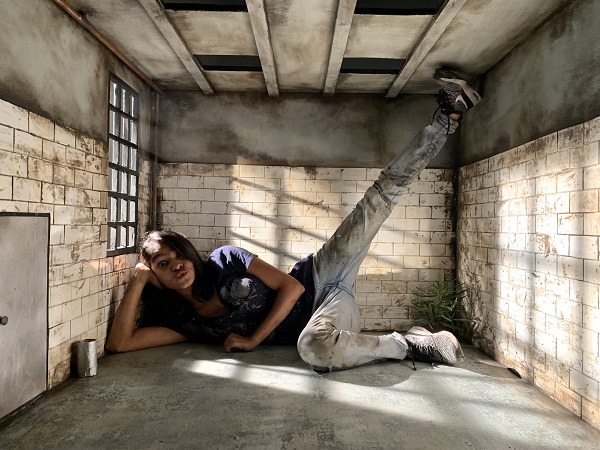 When she made up her mind to merge her love of architecture with her limitless artistic talents of design she enrolled in the legendary Cal Arts (California Institute of the Arts) and was awarded a scholarship. She contributed to many Cal Arts students’ projects as Scenic Artist and Lead Scenic Artist and worked on countless AFI and USC student thesis films as Art Director and Production Designer. After her continued path of hard work,  she then transitioned into professional film work, which included working as Art Director and/or Production Designer. She has worked on numerous films and music videos. Some of the well-known artists’ music videos Rashi has been a part of are: Eminem, featuring Juice Wrld on Godzilla; Justin Bieber’s Yummy: Karol G. & Nicki Minaj’s Tusa; Ski Mask featuring Juice Wrld on Nuketown; Dave East Alone, and among others, Vanderocker Point Defiance.

Rashi Jain’s CV tells a story about a talented woman who is goal oriented and who is someone who always gets what she goes after. Another way of saying that is she never stops until she finishes the job and makes sure it is done right .