The Best Sound Bars with a Subwoofer on the Market

The Music Genre You Should Listen to in 2020, According to Your Zodiac

The Creativity and International Success of Julia Wahle

From The Philippines To The US, Filmmaker Nichole Ruiz

Margo Price knows hard times; her music practically aches with them. In the first song on her new album, she yearns to “turn back the cruel hands of time.”

Midwest Farmer’s Daughter is Price’s first solo album, and even though she’s been kicking around making music in Nashville for over a decade, the identity outlined by that title still defines her. Her family lost its firm in Buffalo Prairie, Ill., years ago during the tough times of the American farm crisis. Everyone — including her grandparents and uncles — had to find jobs in town. Price’s dad took a job as a prison guard.

“It was never his plan that he would grow up and work in a prison,” she says. “But life moves so quickly and you just have to put food on the table. They did everything they could to make sure that we were never without. It was a hard loss for the family; you know, it took a lot of the ornery out of him. Things were never the same.” 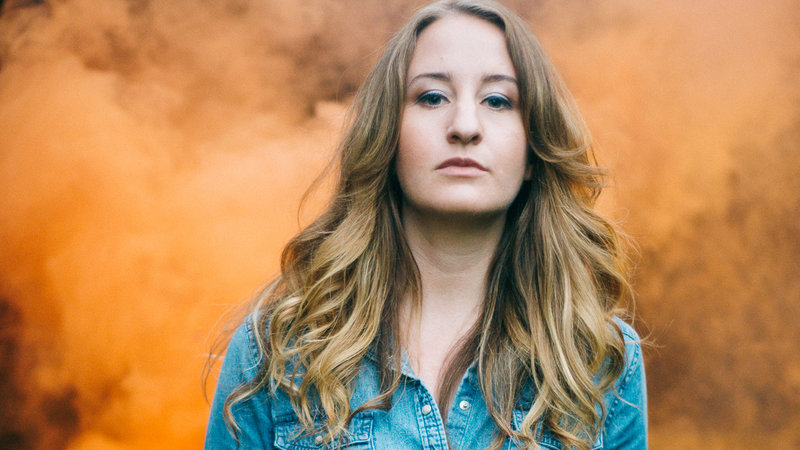 David Greene: There is one line in “Hands Of Time” that goes by very quickly, but I know how significant it is. It’s where you sing that your first-born died and you cried out to God. Can you tell me what happened?

Margo Price: Yes. I had twins. My first born, he had a heart condition — hypoplastic left-heart syndrome, which essentially means that he was born with half a heart. And I knew about that about 17, 18 weeks into the pregnancy. So the whole pregnancy was very difficult, knowing that he had this condition. We were at Vanderbilt, and it’s, you know, the second-best place in the country to do this specific surgery that he was going to have to have as an infant.

You know, the surgery just did not work. And we lost him after a couple weeks. Nobody should ever lose a child; I would never wish that upon my greatest enemy. It was something that was really hard for us to get through, but we made it, somehow.

I’m so sorry. I can’t even imagine.

It was dark days for a while. And it’s very hard on a marriage, you know? People cope very differently when you lose a child. And my husband has been very supportive, and he’s stuck with me to help us get through it.

It sounds like, from some of the songs on here, that one way that you were coping was turning to the bottle a good bit.

Yep. It’s something that I think everybody has to watch, you know? Depression sneaks up on people, and, you know, after a couple drinks it doesn’t feel so bad sometimes.

The song “Weekender” — I wonder if that represents a low point for you.

That was definitely the turning point. Everything just kind of snowballed. I was feeling so depressed and honestly thinking about checking myself into a mental institution or something. And that was kind of God’s answer, I think, was like: “Alright, you want to be in a loony bin? Here you go, now you’re in jail!”

So what exactly happened?

Well, I try to be as vague about it as possible to not hurt my grandmothers’ feelings, because I’m sure they’re probably listening out there. But, you know, I was staying out too late, and I was running around with the wrong folks, and I wound up making some really bad decisions that I’m not proud of and going to jail for the weekend.

After I got out, I just told myself, “I’m never going back there again. I’m never going to ever put myself in that kind of a situation where I would hurt myself or other people.” And I went and I sought therapy for the first time, which I probably should have done immediately after I lost my son, Ezra. I should have done that immediately. But sometimes we have to take the long way around.

I didn’t tell anybody, really, what happened. I think I lied to everybody about that for a while. But now the album’s out, so I guess they’re going to know.

You know, a song like “Weekender,” it is referring to what sounds like such a difficult, difficult time, but it really has kind of an upbeat tempo to it.

Yeah, it’s in a major key, too. I’m just tricking people into listening to really sad things by putting happy compositions behind it. [Laughs]

It’s true. It’s the songs of the working man and real-life situations that make it honest, and make it something different than maybe pop music. I don’t know what’s drawn me to it so much, but I think a lot of the tragedy and the lonesomeness, there’s something uplifting in there as well. It’s like when you hear George and Tammy sing a song about divorce.

The Hard Work And Dedication Of Rashi Jain

It’s amazing the things you can learn about a person from their work ethic. You might say that that is what resumés are for, right? Well, that is true, but if you look closely at some people’s list of what they have accomplished and what schools they attended, etc. you can see definite patterns emerging. Rashi Jain’s CV, for instance, although quite abundant in achievements, also says a great deal about her work ethic and…

An Exclusive Interview With The Founder Of Everlasting TV “Natashia Brewer”

Radio Drive Looks Back On Their Best – Brand-New 2020 Vision EP Is Out & Available Now!

Tomas Castillo is a Sound Engineer, a world renowned DJ and a composer, among many other things. He is also a music producer working at Scope Entertainment in Los Angeles, California. Scope recently announced the launching of its brand new record label TURN ON RECORDS and named Tomas Castillo (aka Tomawax) as label manager. Tomas’ two original releases will be available on TURN ON RECORDS in mid-September. Turn On Records pushes forward the boundaries of…