The emotional themes and spirit of the film are felt and heard in the soundtrack, which is a fitting metaphor for the overall theme, as it’s a collaboration between indigenous and non-indigenous Australians. The soundtrack features Brenden Moore showcasing his captivating didgeridoo playing. Brenden is a proud indigenous man and an Aboriginal Education Officer at the Botanic Gardens. Alex J. Steed, a non-indigenous Australian man, makes up the other half of the soundtrack, with his distinct, sensitive electronica/synth work. Alex is a classically trained composer whose music is influenced by his time in London. An advocate for underground electronic music, his credits soundtrack credits include: ‘Sketches from a Dancer’s Album’, ‘After I Saw You’ and ‘The Cloud’. 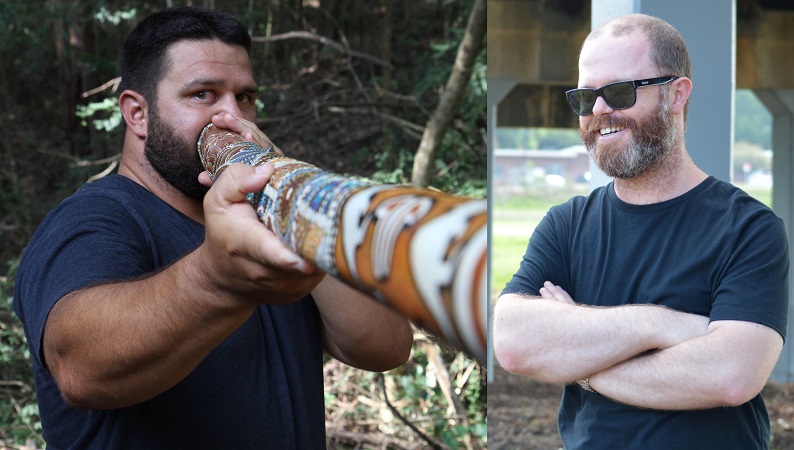 Writer/Director Arman S. Haghi says: “As I edited the two distinct sounds together, I knew I had an important job to do … not just to help tell the story, but in making sure the two were well balanced and worked together … you know, because that’s what we need to do as a country”

‘A Nation, Found’ was recognized by being shortlisted at Tropfest Film Festival in 2018.

The film stars Eve White, an indigenous Wiradjuri woman who teaches aboriginal art and culture in schools. She is also a professional dancer/choreographer. The film also features actor Emma Potts who performs the role of ‘The Heart’. The Australian-born actress is known for her film and television roles, including ‘Torment’ and ‘Pimped’. Emma is recognized for portraying dark roles and strong female characters on screen. Jessica Steed completes the cast. A classically trained dancer at the Ecole Ballet and Dance Theatre, Jessica earned her BA Honors in Ballet and Contemporary Dance at Rambert School of Ballet and Contemporary Dance.