What would be on accomplished dancer Filippo Calvagno’s bucket list of amazing gigs? Him being cast in Dancing with the Stars: Sizzle & Groove Latin Dance DVD with Karina Smirnoff and Kym Johnson, that’s what. Well, he can check that off his list as the sultry dancer of Latino descent, born in Germany in 1986, was recently put to the Dancing with the Stars test, auditioning in LA alongside 300 other male dancers. It was one of his first auditions ever. No worries, however, as his smoldering presence, skill and savvy were more than enough for the gifted hoofer to nab the job and reap its rewards.

Calvagno started young. He began training in ballroom dance when he was just eleven-years-old and this DVD project is extra sweet. “I’m a huge Dancing with the Stars fan,” he said; as are millions of people both dancers and non-dancers alike. The show is known as the cream of the dancing crop, and it’s no surprise to hear that the cast of jaw-dropping dancers on the Sizzle and Groove DVD are top-of-the-line as well.

“Karina & Kym are absolute professionals and we had a blast rehearsing and dancing on set together,” he said. The DVD promotes a leaner, sexier body, which Calvagno and the Sizzle and Grove cast exhibit in spades. “We shot for about six hours straight and would do it over and over again,” He said, adding, “Definitely a good workout!” 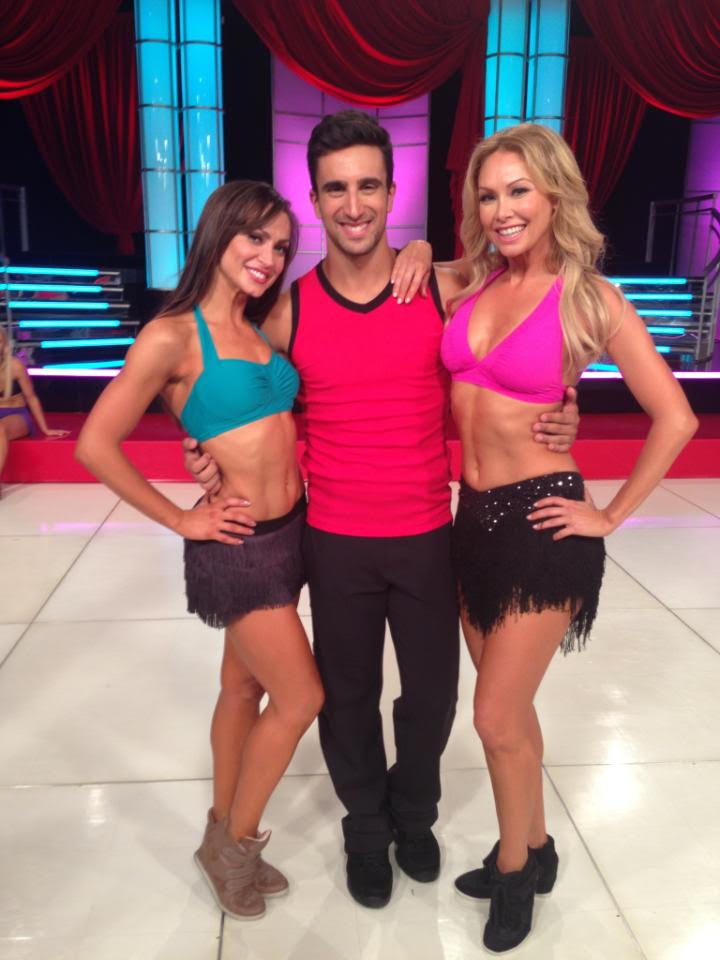 The workout video also features instruction in three dances, the Salsa, Paso Doble and Samba. The concerted effect of the group is sexy and inspiring. The beat and moves are mesmerizing and addicting, and the experience has served to reignite the dancer to re-explore the genesis of his craft, as well. “The rehearsal for the DVD brought me back to my Latin ballroom roots,” Calvagno shared.

Whatever the opportunity, this formidable mover and shaker is filling the need. Whether it’s representing some of the biggest brands in the world, including BMW, Paul Mitchell, LG, T-Mobile, and Nokia, or dancing on stage, screen, video, and in musicals, Filippo has “Salsa-d,” and “Hip Hopped” his way to major success. His vibrant contribution to the Dancing with the Stars: Sizzle & Groove Latin Dance DVD with Karina Smirnoff and Kym Johnson is yet another golden checkmark in Calvagno’s increasingly illustrious career.