One of the greatest trumpet players in music has just made a big announcement. Manhattan’s Syreeta Thompson, better known as “The Trumpet Lady”, has recently released her second studio album entitled “Winner”. The project was released on August 26, 2016 and has an eclectic range of inspirational music and A-list features including Grammy nominated singer, Hezekiah Walker’s Love fellowship Praise team.

Music fans have been singing the praises of Syreeta Thompson for over a decade. She has been known to share the stage with other gospel greats such as Hezekiah Walker and Dorinda Clark-Cole and recently Syreeta was a featured artist on Dr. Bobby Jones’ Gospel Industry Retreat. Her accomplishments have also earned her a position as the Director of Arts Education for Dorinda Clark Cole’s Singers and Musician’s Conference, a renowned musical convention that inspires and instructs thousands of ministers and performers each year.Sntmag  recently interviewed with   Syreeta Thompson 🙂 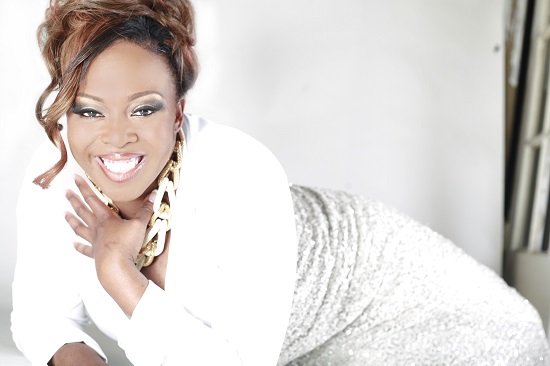 SntMag: When you decide it’s time to make a new record, is that more exciting or stressful?

Ans: Lolol! Both stressful and exciting! Exciting because music is my passion. Stressful because as an artist you want your supporters to love, support your music.

SntMag:  How do you shut things out?

Ans: I normally shut things out through prayer, gym and attending the ballet or orchestra concert!

SntMag: Do you have any events coming up or recording going on right now?

SntMag: How does the conversation go when someone pitches the performance to you?

Ans: How can I get in contact with you or get you to perform? Man! You are girl playing a trumpet. I’ve never seen that before!lololol

Ans: My family loves gospel & RnB. Our holidays are filled with Donny Hathaway and Marvin Gaye with a little Frankie Beverly.

SntMag:  What are your fondest musical memories? In your house? In your neighborhood or town?

Ans: My fondest memories were sitting in playing on a song or two with the other musicians at the Art Institute of Chicago and the other jazz clubs, Also, my first your with Hezekiah Walker.

SntMag:  Were you influenced by old records & tapes? Which ones?

Ans: No doubt records. There’s nothing like trying to put the record on the spin and missing it or when the record stops the needle goes to the small part and you can hear the vinyl.

SntMag:  Who are your favorite musicians? Groups? Albums?

SntMag:  How do you handle mistakes during a performance?

Ans: I keep going and don’t stop and I hope the audience doesnt recoginize it. If they do I just apologize with a little humor.

SntMag: Do you teach music?

Ans: Yes it comes with the territory. At most shows you get young musicians who aspire to do what you do. So, most times I stop and give a lesson.