We recently caught up with Or Shahar about his experiences working with well-known Israeli artist Adir Getz and performing to packed-out audiences. Here is what he had to share with the readers:

Hi Or! How did you first get involved working with Israeli artist Adir Getz?

When working with Omer Adam, playing big shows and being in the spotlight, audiences I started to gain recognition and exposure in the local industry with audiences. It was then that I was approached by Adir’s musical director – Dor Alkalay to be a part of Adir’s tour.

What drew you to this project?

First, Adir Getz is a well-known artist in Israel and a respected songwriter as well. His music is a genuine blend between pop rock and Israeli trademark sounds, which is something that I truly connect with and enjoy listening to. I was really happy to join another artist of his caliber -performing around the country, with additional TV and radio appearances.

What was your role in this project?

I joined the project as a guitar player. After a couple of months, I made a great connection both with Adir himself and Dor (his musical director) –this led me to collaborate with them in the studio and co-arrange his upcoming concept tour –which involved a lot of programming with a small live band. 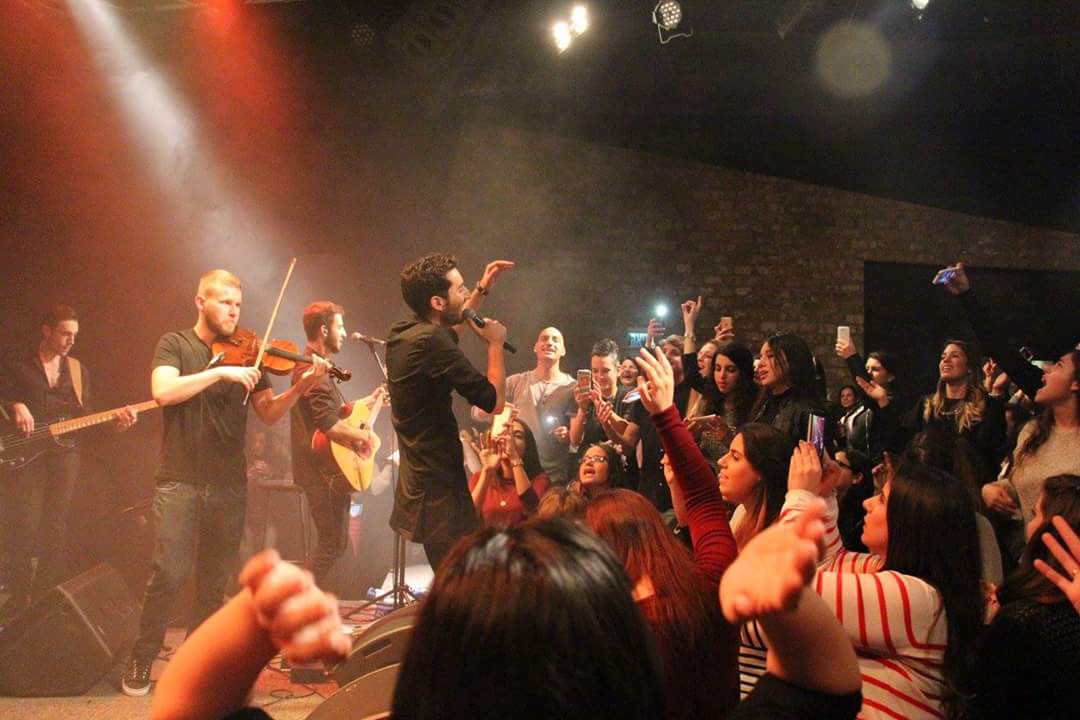 Working with Adir was a not only a fun experience but an educating one as well. Every artist you collaborate with, whether it is on stage or in the studio, brings his own personality and unique sound. I am always open to new sounds and incorporating new ways in my playing and writing. I’m glad that Adir introduced me to his own pallet and I had a blast playing with him on stage.

Were you a fan of his music growing up in Israel?

Adir is a unique writer in way that he blends the Israeli sound with his indie rock and pop influences. I have always been drawn to that kind of music and when I heard his songs, I related immediately. I started working with Adir right after he released his biggest song to date – “A Small Apartment In Haifa” so for me it was being a fan and collaborator at the same time.

What was one of your most memorable moments?

I remember we played this show near Haifa (which is Adir’s hometown) and we were on a 360° stage – the crowd was surrounding us and going wild throughout the whole show. The fans were so passionate about that specific performance -that while we were leaving the venue, we had a crazy security escort just to keep the teens from jumping and trying to grab us as we were trying to drive away.

What did you learn the most from this particular project?

Artists have different personalities, and each relationship with one is different. I definitely learned how to make the space when working with an artist and maintaining a friendly relationship with him at the same time. It’s important to not make any blurred lines, and knowing to differentiate when is appropriate to connect on each occasion.