Born south of the City of Providence in West Warwick, Rhode Island, Atman is a Producer, Artist, and Engineer under the Independent Publishing/Recording Label, Spiritz Music Group. With over 1200 instrumentals, 80+ Individual Songs, 5 Self-Produced Albums, and 4 Mixtapes on his resume, Atman is bringing back innovation to the historically ground-breaking genre of rap music and Hip-Hop culture.

Ans: I run through the numbers in pi, or the Fibonacci Series. It sounds wild, but it’s really effective at removing any distractions and puts me in the zone.

Q2: For our readers who have never heard your music, explain your sound in 5 words?

Q3: You write all of your own music; where do you draw inspiration from when you write songs and what’s your favorite part about the process?

ANS: The majority of the inspiration for my written music is from my personal life, usually in the form of a snapshot. I leave some space to explore thoughts and concepts beyond my personal experiences that are more in line with my perception of events and reality. I do my best to maintain a genuine fluidity between the two extremes.

Q4: Who are your inspirations?

Q5: Do you have any events coming up or recording going on right now?

Ans: Absolutely. I’m working two main projects. My “God of New England” album and a collaboration project I have with a local group of artists from Rhode Island. I focus on having at least one new project a year.

Q6:  Which famous musicians do you admire? Why?

Ans: To name a quick pair, I admire Bob Marley and Elton John. There’s a legendary potency in their music that lives beyond their sound, which is also superb. There’s a sincere depth in their art that I appreciate every time I listen to their work. 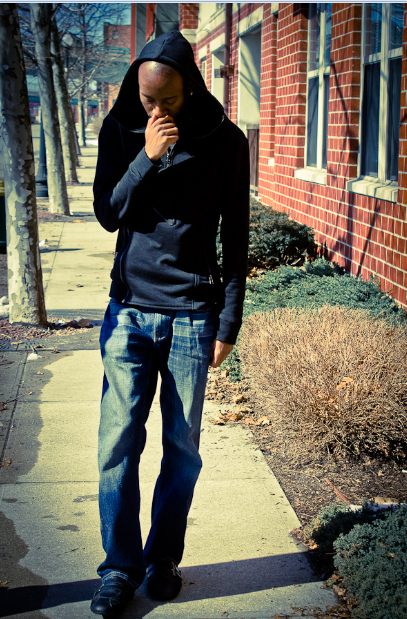 Q7:  Were you influenced by old records & tapes? Which ones?

Ans: Off The Wall. That’s one record that I played constantly as a child, because it was just so pristine and true to the creator.

Q8:  How do you handle mistakes during a performance?

Ans: Power through them. Mistakes happen, but it’s how you handle them which will separate you from your peers.

Q9:  Do you attend sessions? What makes a good session?

Ans: Vibes. It’s about how all of the participants feel in the moment, and the nature of their interactions. The sound produced in an environment full of people who truly appreciate music and have a unique approach to it is always fulfilling and productive.

Q10:  How do you balance your music with other obligations – mate, children, job?

Ans: The inspirations come throughout the day, sometimes randomly, so I prefer to keep a solid record of any ideas I have to utilize later. This is great if you’re in a relationship, married, have children, or another job in addition to the music you create. This helps me juggle other obligations, at times not perfectly, but well enough to keep myself in check and relatively sane.