I started singing when I was 12 years old, I used to compose the songs in the festivals of my junior school, I studied in a catholic school so we always had festivals where we had to sing in church.

Yes. Even though my Mom is not a singer, she was a dancer on tv in Caracas, Venezuela and when she got married she went back to Coro my hometown to settle down and opened a jazz academy, so I grew up with music in the belly while she was performing, I grew up on a dance floor learning choreographies with my mom who had a group of dancers that used to open the biggest events in Caracas. I still remember those fun days they were rehearsing till 2am and I learned the choreography so sharply that my Mom couldn’t say no to let me perform with them.

Michael Jackson: “Childhood”, “Remember the time”, Gloria Stefan, Selena and of course I grew up in the teenager pop star era, so Christina Aguilera’s songs where my favorites, like “Pero me acuerdo de ti”.

I’m working on my new video clips, because I have already new songs recorded in a very different style from my last single “Magic is Here” also I’m about to do a film that I can not talk about right now because of a confidentiality contract I signed, but I can say is an action Science Fiction movie that requires a lot of physical challenge. I’m also doing a play here in LA called CUBA LIBRE produced by the pioneers of theater and well known actors in my country: Mimi Lazo and Luis Fernandez. With Mimi Lazo I am doing also a reality show produced by Estrella TV called “Rica, Famosa, Latina”. 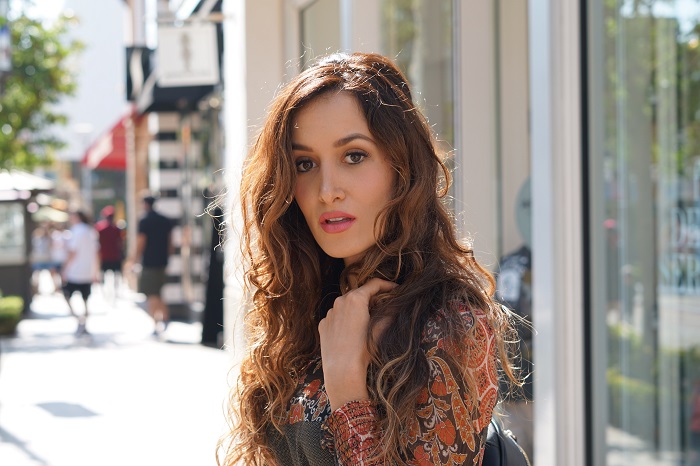 I haven’t got into that because I’m starting my career independently without record label and the very first single and original song I have released is “Magic is Here”.

Q: Which famous musicians do you admire? Why?

Right now, Cold Play is my favorite, it kills me! I can’t wait to go to their concert, it’s my dream!, they are just from another world.

Justin Timberlake is brilliant, Bruno Mars is a little piece from Michael Jackson, man he’s so great!!!. Tory Kelly, because she’s not just an amazing vocalist/performer but an amazing young composer. Anouska Shankar I want to make songs with her, Bejork is stunning!, Seal because his style is so unique and music so sublime. Omg so many artists, hard to choose! …  Stevie Wonder, Lionel Richie, Barry White, Joe Cooker, they have inspired me and I grew up listening to them.

I dream performing most of all with the biggest performers of music industry: Beyonce, Justin Timberlake and Jlo and of course Cold Play! lol, they are first in the list.

Q: How do you balance your music with other obligations like acting or modelling?

One project at the time! Sometimes is not easy because you want to keep recording without interruptions but acting is my passion too and movie musicals like La la Land are my goal!

OMG! I can mention a lot! lol. For my life, I’m really more a fan of film soundtracks, they move me and give me passion. I can mention some of the one i have on my iPhone:

-For Love: Rachel Portman, “One Day”.

-Broken heart: Sade “By your Side”.

-Getting slammed: The Cardigans “LoveFool”.

-Battles: “ALL LORD OF THE RINGS SOUNDTRACKS”. I’m a big fan of the film!