Brice Sedgwick’s debut album, Pacifico, was released in 2017, and his follow up, Venice, is due for release on March 11th. We spoke to Sedgwick about what he’s currently listening to, what makes him cry, and how surf culture aligns with his current record.

Whats on your current playlist?

I’ve started writing new music, and i’ve been really into reggaetron, and salsa and various world beats. There’s something really cool about immersing yourself in a sound that is so important and loved by others, and see how it influences your songwriting. I’ve been listening to a lot of Yandel, Tiwa Savage, Celia Cruz and Chex Feliciano.

What artist would you be thrilled to have cover a song of yours, and who would it be?

Frank Ocean. I think he would turn pretty much anything to gold.

What are you currently reading, or what’s on your ‘next to read’ list?

Little Fires Everywhere, and the follow up to Crazy Rich Asians. 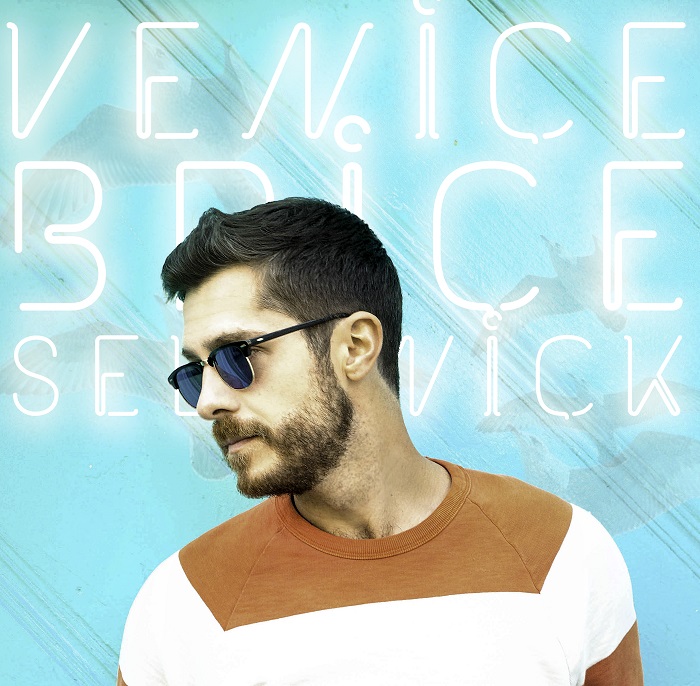 Tell me some of your favorite lines from the new album.

I spent thanksgiving in Cancun and we were outside in the warm evening air looking at cruise ships in the distance; they looked like little fire flies. When I got into bed that night I thought about how I would best describe that feeling and emotion, “glow in the dark boats on the ocean at night”. I could smell cologne on the air which smelt sweet like “all spice”. Those vivid moments are important to hold onto, because I want to feel exactly how I felt in those moments, and for people listening to the music, I want them to feel exactly how it felt, too.

It’s different every time, but I frequently pull out my iPhone and write things down in the notes app, often saving up little turns of phrases, or moments that really fire something up within me, that I know I will want to use for a future song. It happens all the time. It’s important for when i’m not in the best position to drop everything and write a song.

Who is your biggest musical influence?

There are so many. So many different artists from different genres influence me in small and unexpected ways. It could be Burt Bacharach, The Beach Boys, Kanye West, to Rachmaninov who has that emotional rush in his compositions, and I capture a similar feeling in a way, I’d like to think. In a completely different way, surf and marina culture really influenced the way I shaped the songs on Venice. I wanted to make a sonically cohesive collection of songs.

Has a song ever made you cry? If so, which song?

Somewhere Only We Know by Keane, and Dancing On My Own by Robyn. Every time. Every time. You know, it’s a shame we lend these songs to emotions or experiences we’ve been through and stop listening to them for whatever reason. On Pacifico, I wrote a song about this exact situation, Robyn On The Couch. Somewhere Only We Know manages to make a lump in my throat and my eyes pretty damn wet. But I love that song. I love it. It speaks to me.

Which producers would you love to work with in the future?

Malay. Krunk-a-delic. Jarvis Church. Rick Rubin. Timbaland. Artists i’ve had my eyes, and ears, on for a very long time. Get me in a studio with them, pronto!

If you could do collaborate with any artist, who would that be?

Thom Hell, Keane, Frank Ocean, Tegan and Sarah, Marit Larsen, the list goes on and on and on.

What’s your favorite song on your album and why?

Venice. To me, it’s the book end to Boys Don’t Cry, the record opener. Venice, although poignant, was written with a lot of hope. You know, we find these people that we have an extraordinary love with, a love that is rare, but it doesn’t mean that things are perfect, and there aren’t bumps in the road, mistakes made, and sad goodbyes. But I hope it serves as a reminder, to everyone, and to me, that if something was true then, why wouldn’t it be true now? those kind of stories fascinate me, and I know it’s where a lot of my inspiration comes from. Putting something in song, that I cant necessarily articulate in a conversation.