Carole has been performing in venues across the Mid-West, at several local and national musical festivals, including being recognized as the 2016 Emerging Artist of the National Women’s Music Festival and as the 2nd Runner-up CSA 2015 Showcase Finale. As a solo performer she has opened for Don McLean, Melissa Ferrick and Judy Collins In addition to performing, she manages the Friends for Chris Walker Music Scholarship, hosts the weekly Open Mic at Sam Ash Music and host the Sam Ash Singer/Songwriter Monthly Spotlight.

“I play music from my soul, it’s the only gift I know how to give”

Ans: Recording is part of the natural cycle for any performer and song. Songs need to grow and ripen after they are written; you want to find a way to capture that moment. Recording can be stressful so it’s important to work with people you trust. I have worked with jay sparrow for two years on various projects and it has made the difference in my performance and experience by having that’s trust.

Ans : I’m a big day dreamer and I like to people watch. I’ve always kept a journal but never as a daily “Dear Dairy” thing, mostly for ideas that flash in my head or snatches of conversation that were unassumingly lyrical. I don’t have any set way of writing songs. Some just fall out of the sky and others I have to work and re-work. Once a song is written it becomes a living thing, it changes with time, environment, experience I guess what I’m trying to say is that it’s ongoing.

Ans: “Everybody has a little light under the sun”- Flashlight, Parliament

I can narrow it down to three.  First, Ani Difranco, her songwriting and her overall” scrappiness” was a major inspiration in me having the guts to pick up the guitar. Michael Franti has such a beautiful energy in his music, live shows and his messaging that I see him as the blue print of how to be a conscience artist. Last but certainly not least would be Sade cuz it’s Sade.

”Falling is Fun” is my new release. It marks the second time I worked with my producer Jay Sparrow. It is a collection of songs that follow the “life cycle” of a connection from “spark to ash”. The single “Burn” that will have a video premiering this month. 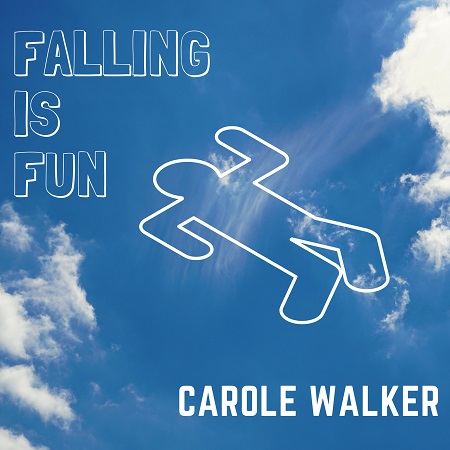 Q: For our readers, who have never heard your music, explain your sound in 5 words?

Groovy Soul for your Feels

Ans: I am the youngest of six. My Mom played piano and did some singing in Doo Wop group when she was in high school. My Dad just loved music. He had the best record collection.  Growing up listened from everything from Stevie Wonder Miles Davis, Johnny Cash and The Beatles. I started playing music with my brother Chris; he was a great bass player. We recorded and toured for years in a local band. He was probably my greatest influence just because he was always down to create music and always pushed me to express myself.

Of course start with “let’s go crazy” Prince. “Don’t you worry about a thing” Stevie Wonder, “Beautiful” Carole King, “Don’t let me be misunderstood” Nina Simone. Then mix in bad 80’s music a bunch of Motown, the soundtrack of “Jesus Christ Superstar”, any Sade song and a bunch of bands that I saw growing up on the music scene in Ciny, OH  that no longer exist. That’s my life in a mix-tape.

I always sang in school with choirs and in with musicals but it wasn’t till after I got tipsy at a party that my brothers band was playing at and got on the mic that I got a real taste for using my voice as an instrument.

It’s from song by Ani Difranco” but it has always helped me remember and shut out all the other “noise’ that can be overwhelming or distracting from the performance. “Every song has a person that the singer sings too”. Just sing to that person and everything unnecessary will just fall away.