Rev. Peter B. Unger was raised in New England, and is a graduate of Goddard College in Plainfield, VT. He received a Master of Divinity degree from Princeton Theological Seminary in 1983. He has served parishes in upstate NY, western and eastern PA, and was a Chaplain at the Syracuse Veterans Hospital. Rev. Unger holds a Doctorate degree from Drew University in Madison, NJ. Currently, Rev. Unger is the pastor of a UCC church in Northampton, PA., and teaches philosophy part time at an area college. Pastor Unger also writes and performs songs, as an avocation, and part of a greater ministry.

What’s your motto or the advice you live by?

I try prayerfully, one day at a time, to live in God’s Grace. For me this is the true heart of the Christian message, and not legalistic moral judge-mentalism.

For our readers who have never heard your music, explain your sound in 5 words?

You write all of your own music; where do you draw inspiration from when you write songs and what’s your favorite part of the process?

Each song is inspired, consciously or unconsciously, by the variety of needs and people I minister too. At the same time the songs reflect emotions and needs I feel, giving them an outlet, and lending them coherent expression.

At what age did you start singing?

My mother’s grandparents emigrated from South Uist, an island in the Scottish Hebrides. Whether by nature or nurture Celtic music has always inspired me, and resonated with me more than any other music genre.

If you could perform with anyone, in the future, who would it be?

Anyone who shares a love for a spiritual grace filled message.

What is your favorite song to live? 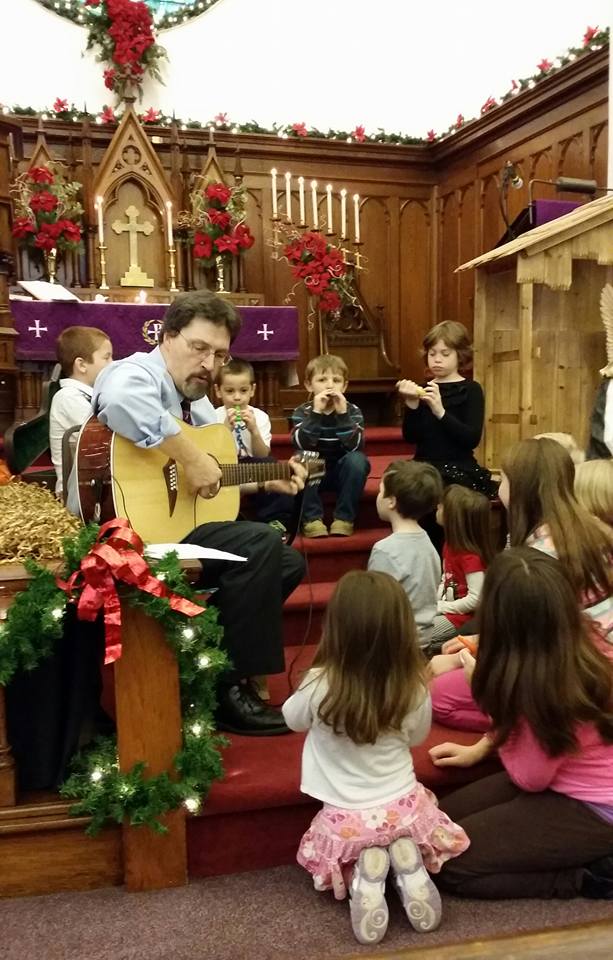 Do you have any advice for anyone wanting to sing as a career or just advice about careers in general?

A love of music for its own sake is imperative. Delivering a message, or telling a story with and through your music helps keep it genuine, and meaningful.

When did you start playing?

I started playing the guitar and writing songs at the age of 11, or 12. My family had just moved from a suburban/urban area to an isolated rural area. I had just lost all my friends, and did not fit into this new backwater area. My music gave voice and coherency to the intense emotions I was experiencing. Some of my songs still contain emotional echoes of this painfully formative time. “Your Not Alone” is one example.

Is your family musical?

My mother studied voice with the intention of singing operatically. When she married my father she unfortunately gave up her training. My father who became a Christian, and later a pastor, as the result of a wartime experience was absolutely tone death. A church music minister in the most delicate way used to ask him to sing more softly as he was throwing the congregation off during hymn sings. His unfazed, cheerful response was to quote a verse from the Psalms which instructed him to “make a joyful noise unto the Lord”.

Which famous musicians do admire” Why”

Each of these artists, along with others I admire, has stayed true to who they are. Also their music reflects an alternative to the overly commercially and electronically produced music so common today that can drown out vocals and lyrics.