Khaleel Mandel is a producer/rapper/singer-songwriter/multi-instrumentalist from CT. He’s been immersed in music making since he was nine years old in 2004. In 2005 he booked the role of Young Simba in the show’s West Coast Tour company. In 2006 he then won the award for Outstanding Supporting Actor in a Musical from San Diego’s annual National Youth Theater Awards. Making him the only actor who played Young Simba to win anything for the role. On August 31st he released his critically acclaimed second self-produced album 2019. Songs from it such as the pulsing uptempo romance driven “Her Eyeglasses” or the 5 minute story “Critical Point” are among some specific crowd favorites.

Ans: If there’s no enthusiasm the album won’t be made. I’ve found one of the best parts about developing a body of work is when I decide to make it. A variety of concepts come from thoughts I haven’t tapped into yet after said decision. High stakes are implemented by default because then a “no room for error” process sets the project’s standard. I have to put pressure on myself before I start working full time on my albums. That’s the only way I know how to get the best results out of myself in whatever the given moment is. Some might say this kind of practice could put me in stressful conditions but I never set out for my headspace to be compromised. I’m really just following a blueprint. Deadlines need to be met and my expectations need to be exceeded with care.

Ans: Normally I lock myself in the studio for hours with my phone on airplane mode and not leave until there’s something or a bunch of things that’ll definitely get used. Whether it’s chords, sections of a beat, lines in a verse or chorus. Whatever. This is also a good method to take a break from being on my phone for whatever reason [laughter]. Some days I almost like to be tuned in at all times though. I may have my laptop on and keep various news pages open to catch certain updates as they come in. It’s important for me to know what’s going on when it happens in real time as opposed to finding things out later on. However when I really want to tune out I play Temple Run 2 on my phone. That’s my favorite game.

Ans: The Mamba Mentality. “We don’t quit, we don’t cower, we don’t run. We endure and conquer. Stop feeling sorry for yourself, find the silver lining and get to work with the same belief, same drive and same conviction as ever..”. Kobe is one of my favorite athletes period. So I incorporate the mamba mentality into everything I do.

ANS: When I was making 2019 I wanted it to sound like an album that gives off an end of an era feeling. So I’d watch a bunch of series finales on silent while letting specific pieces of or whole records play on loop. Finales of shows like Friends, The Wire, Fresh Prince, The Office, Good Times, Martin, Breaking Bad, Boy Meets World & Family Matters. Also there’s something about watching some of my favorite actors perform at a high execution with the sound off, while records of mine are playing that really fuels me. Stephen Sondheim is also one of my favorite composers. I choose, study and listen to one musical of his repeatedly each time I make a new album. While making my last album Original, I chose Into The Woods and for 2019 I would play Sunday in The Park With George on rotation. As you can
tell I draw inspiration from variety. Even between those two musicals I just mentioned, musically alone they sound nothing alike. All the way down to the finales from shows I watched. Few similarities between them are episode structure and multi or single camera angles. I don’t just like to be versatile for the sake of calling myself versatile either. Have I actually mastered the modus operandi I’m recording? Soaking up all kinds of works while I construct my albums makes it more fluid for me to master exactly what it is I’m becoming multifaceted in. Every different style I’ve executed comes from a place of ease and comfort.

I’ve had people tell me a record like Spirit Guides is me stretching my abilities past limitations, but I don’t sound out of place. That’s the goal. I’m still in a certain pocket on that particular song because I understand whether I’m singing or rapping on something, flow still has to be there. This ties into my favorite part of an album’s process which is challenging my technique. Especially from the production side of things. I love figuring out which kinds of freshly assembled sounds will fulfill a task. I stand proud by the fact that there isn’t a single kind of beat I can’t make. However the challenge ties into reeling that ability in so I don’t go off the rails in mixing styles. There has to be the perfect blend for me that presents a to the point mixture. On the other hand discovering new vocal melodies never gets old. 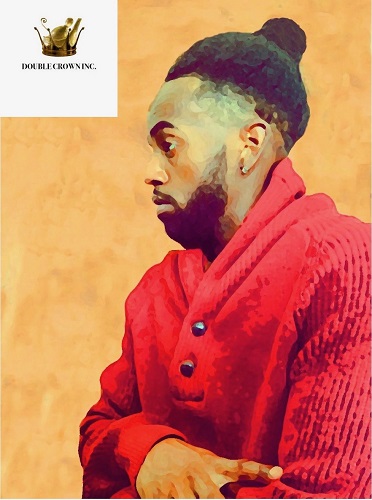 ANS: Age 3 is as early as I can remember. I memorized melodies from a Jaco
Pastorius song called Soul Intro/The Chicken and would sing it while
walking in circles [Laughter].

Ans: Janelle Monáe. Even if it’s just me playing the piano while she sings something I’m game. Dirty Computer is one of my favorite records of the last five years.

Ans: Piano is my principal, all kinds of keys, guitar, bass, drums, & I taught myself mandolin.

Ans: By ear I learned Birdland by Weather Report and Show me the way back to your heart by Brian McKnight on piano. I also took piano lessons from age 8-10 so there were a bunch of songs in my piano book I’d learn during that era. I can’t remember the names of all of them but there was that too.

Ans : There are a lot. To name a few; Wicked by Ice Cube, Angel by Anita Baker, Diamond in the back by Curtis Mayfield, Eventually by Tame Impala, Another Hundred People by Stephen Sondheim, Picture Show by Meshell Ndegeocello, Things U Do by Q-Tip, Hysteria by Fthrsn, Until The Quiet Comes by Flying Lotus, King Kunta by Kendrick, Every song from Jay’s The Black Album, Almeda by Solange, You’ve Made me So Very Happy by Alton Ellis and Dug Gem by me.

Ans: At this annual summer concert series on the New Haven Green I remember seeing Hugh Masekela there when I was like 6 or so. A notable moment during the show was where every member of the band except the drummer played an African rhythm on a cowbell as they moved around the stage in syncopation. Last summer I also saw Ziggy Marley in concert after a session for Original. Steele Pulse opened up for him and I was front row for that whole show. Seeing Bob Marley’s oldest son play some of my favorite records was a miracle. The area of CT itself makes for new memories constantly. From Bridgeport to Brooklawn to Trumbull, I’m inherently beholden to represent a place that is supremely responsible for the sound I’ve cultivated.

A Conversion With Wolf Critton