Dimitris Kapetanakis (DK) is a Greek pop singer,songwriter and music producer. He was born in Thessaloníki and from a very young age started engaging with singing and songwriting. He did his first live performance at the age of 17 in one of Greece’s biggest venues named “BOOM” in his hometown.He performed in venues and sold out clubs all over Greece and London with Greece’s biggest names of the music industry and wrote and produced songs for many albums and cd singles in various genres such as pop,dance,jazz,rock etc,one of them certified gold in Greece. The Grammy award nominee Milcho Leviev was featured in one of the songs that he wrote and produced with Sokratis Papaioannou .The name of the song is “O Klooun” (the clown) and the jazz legend played the melodica and left his mark at this production. He released songs with Warner Music,Spicy,Minos Emi and Nota Rec as a singer and a songwriter.2019 and Dimitris is releasing his first English song called “Bedroom”,a song that he produced and wrote himself.His first English studio album it’s on it’s way! 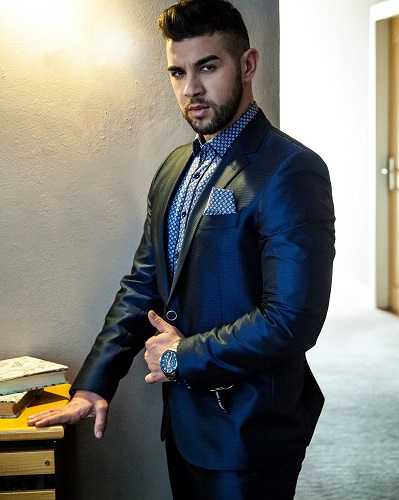 Q:How easily do songs tend to come to you ?

Everything can inspire me! So I try always to be productive and write songs and express my emotions !

Q: What’s your motto or the advice you live by ?

Sky is the limit

I draw inspiration from life’s everyday moments! My favorite process is when I am in the studio and the magic starts!

Justin Bieber for sure !

Right now I am doing some songs for many Greek and English artists and I am ready to release a new song with another famous Greek artist,Vasilis Anis ! My new song Mi sirenita is out on every digital music platform!

Q: How often and for how long do you practice?

No I am the first one believe it or not !