Alex Veach is a Los Angeles based emerging hip hop artist and musician. While media has recently given his gender transition attention, Alex’s real talents are in his creative pursuits. Trained in classical piano and jazz trombone since the age of 6, he has competed at the state and international level.

He received All-State A+ rankings in the New York State School of Music Association (NYSSMA) for both instruments throughout his schooling and in 2005 was awarded the Eastman School of Music Award. While completing his undergraduate and graduate degrees in biomedical engineering and pharmacology from Cornell University in New York, he toured in concert with the university orchestra in Germany.

Alex has also joined different musical teams in the past, including dixie groups, chamber ensembles, jazz bands, and wind symphonies citing his versatility as one of his major sources of inspiration. Today, while working professionally as a scientist he has co-produced with Red Label Records his first hip hop album release which features major artists and his original electronic music and rap style. He hopes to collaborate with other recording artists and vocalists after the album is finished and perform live.

Ans: If I’m composing the music, I need to feel inspired because finding a hit melody or hook is a challenge. I might improvise on the piano until I find a motif I want to sing. Then, I transcribe the notes into Ableton to come up with an instrumental track. When I have a beat, I think it’s a lot easier to ride it and write the lyrics. I come up with the rhymes and verses and then test out the lines.

Ans: “Go forth and set the world on fire.” 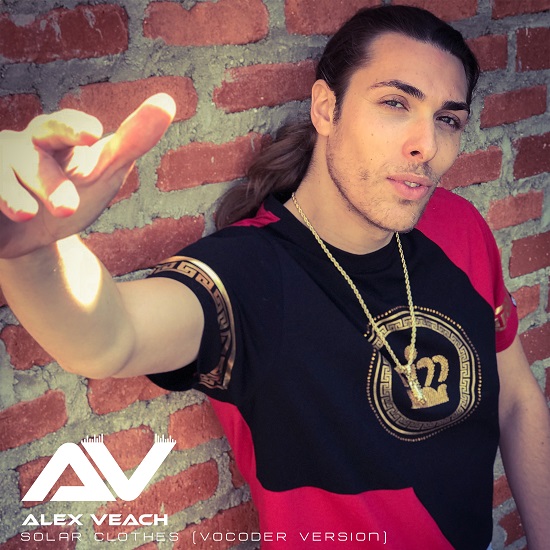 Ans: My favorite song to sing live is “Hideout.” I wrote the song about moving to Rome and then I was in Italy for a month recently. So my dream came true. The song continues to inspire me.

Ans: I have a tentative plan to film the first music video for the album. I’m also in the process of setting up a new recording studio. With the release of the Transcend album completed, I’m looking for toward to possible future collaborations.

Ans: I play piano since a young age as well as trombone. The trombone is great for jazz and I also participated in some orchestras in college. I studied classical piano and can play works by Chopin, Debussy, and Rachmaninoff. Keeping up with practicing is key.

Ans: Yes my mother is a concert pianist. My brother, sister, and I were taught piano. We each studied two instruments, brass or woodwind and piano. Usually, someone was practicing somewhere in the house. Then we got a drum set, which was a lot of fun. My brother is the one who introduced me to music production in Ableton.

Q:  Were you influenced by old records & tapes? Which ones? Who are your influences?

Ans: At first, I had cassettes of Green Day. The rebellious attitude appealed to me. Then I found electronic music and enjoyed Daft Punk, which seemed kind of magical. I always liked the sound of Frank Sinatra, who was such an amazing singer. Of course, I had to practice classical piano though I grew a special appreciation for works by Debussy and Ravel. When I started to write my own music in Ableton, my influences became some hip hop legends – Fetty Wap, Travis Scott, Gucci Mane, and Migos.

Ans: As the album was released, I traveled in Italy. I performed some songs in a few bars and in the piazza. It gave me some confidence to perform the rap with an audience. Now that the songs are out I’m planning to perform in Los Angeles, hopefully at one of my favorite venues.

Ans: Balance is really the key. I have a lot of other responsibilities. Over the course of the last year, I transitioned my gender (back to a man) and the music was an outlet to express all the change I had experienced. I practiced mindfulness and was very diligent about time management. I had regular sessions to record, despite a busy schedule with work. Completing the project was a big focus for me. A great deal of persistence was required in order to compose and master the final album.