Emerging in early 2011, Attik Door encompasses variety of musical styles to create a unique rock/alternative feel. Drawing inspiration from a wide range of artists from Led Zeppelin and System of a Down to Sade and Black Eyed Peas, this band will treat you to a unique sound of equal measure melodic and heavy riffs. The band members all come from the various corners of the former USSR, locking in the culture lost and fusing it with present musical trends. The songs are predominantly done in English, ensuring interest of as wide of an audience as possible.

Lead by solo guitarist Alex, the band consists of Liana on vocals, Alex on bass, Tim on rhythm guitar and Evan behind drums, Attik Door has been performing all around San Francisco Bay Area.

Alex: Never give up and always learn something new.

Liana: Do your best and the universe will do the rest.

Liana: Missy Elliott – WTF(Where They From).

Evan:  No Doubt or the Red Hot Chili Peppers would be a perfect bill for Attik Door to perform with. 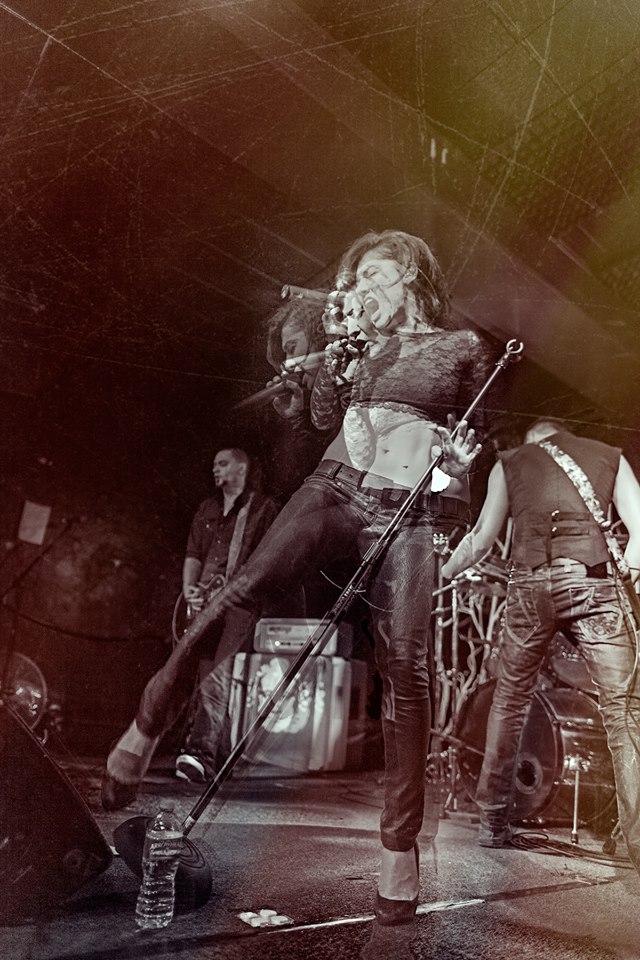 Liana: My mom’s nerves ☺ Learned to play it very well.

Alex: My first guitar was Soviet-made “Ural”. You could never tune 3 string, there were completely useless 6 buttons, which never changed anything. It was a solid piece of wood, which probably weighted more than a motorcycle and I think even Chuck Norris couldn’t break it.

Evan:  my first instrument was a drum kit from Santa Claus on Christmas morning when I was about 7 years old.  It was a Sears toy, basically, and it lasted one week.  I guess I thrashed it too hard.

Evan:  I was influenced by classic RUSH records and tapes, like “Fly By Night” and “2112”.

Alex: Refuse to acknowledge it ever happened.

Evan:  Laugh it off, then glance at Alex to see if the boss noticed.

Liana: I am a vocal coach in San Francisco Bay Area. My motto is “Everyone can sing” and I stand by it.

Evan:  I have taught drum techniques to young students in the past, but not currently.

Liana and Alex: We just decided to get married to avoid unnecessary complications =)

Evan:  I have decided to marry Tim, so we can also avoid unnecessary complications…..wait…..