The Rhetoriks are a U.K. Electronic Dance/Urban recording duo made up of Singer-songwriter Elle Mariachi, & Rapper Jay Active. Formed in late 2013 after connecting through BBC 1xtra, they soon found they were featured on the same track through a mutual acquaintance. Career highlights include independently gaining a top 20 & 10 in the UK commercial club chart with their debut single ‘Take my Soul Away’ (#16) and their follow up ‘Yeah I do’ (No9).

At the beginning of 2017, their collaboration with DJ/Producer Sean Norvis on “We Love The DJ”, was signed and released globally by one of Romania’s biggest record labels ‘Cat Music’. They again hit the ‘Music Week’ Club Chart in the summer with their motivational driven single ‘Stand Together’ (#14). 2016 also saw ‘The Rhetoriks’ become semi-finalist of the ‘UK Songwriters Competition’ with their Dementia inspired song “Unspoken”. This coincided with the official single release in October 2017, followed by a remix package to end the year. 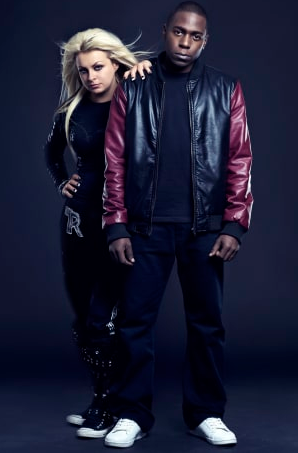