The Bleeding Obvious is the monicker of Yorkshire musician Jessica Rowbottom, whose work encompasses everything from pounding electronic club beats to orchestral soundscapes and soulful funk-pop.

A former chorister at Wakefield Cathedral, Jess plays most instruments as well as a variety of home-built and circuit-bent electronic devices. Her first album featured over 40 other musicians including a specially-formed orchestra.

The internationally acclaimed self-titled debut album “The Bleeding Obvious” was released in November 2016 on digital, CD and vinyl, with the first single track “Splendid!” receiving favourable radio play from the likes of BBC Radio 2 alongside local radio stations. 2018 will see the release of the followup album “Rainbow Heart”.

Most recently she has been collaborating with poet Ralph Dartford on the music for a 14-track work “Swoon!”, due to be released in Summer 2017.

Pretty much everything – I started out as a pianist but over the years it’s encompassed keyboards and programming, then taught myself guitar, saxophone, flute, all sorts of things. I think on the first album there were around 30 instruments I played, although, er, I built a few of them so I don’t know if that counts.

Songs usually start with the title, which in turn are inspired from life events or conversations – they say to write what you know! Once I’ve got a title I’ll work on fleshing it out, but it’s not a quick thing, and elements of songs can end up being mixed around until it coalesces.

For instance, Wallflower (a dance anthem on the first album) was written in my head while I stood in a drag bar in Leeds feeling sorry for myself. As You Fall (a track in progress) was inspired by the occasional stare when I hold hands with my partner in public, but it might not end up being about that. Things evolve.

Um, it’s a mix of both really. I’m really conscious that if I try and force the process I just stop enjoying it, which is bad! If it’s exciting then I’m tempted to push songs out before they feel “ready” – I do have to sit on my fingers a lot and make sure I don’t rush things. That can be stressful too.

I think you do need to sit on your work and come back to it again and again with fresh ears, or it just becomes rubbish. There’s a fine line between being prolific and being forced, I need to pull myself back all the time.

After the debut came out I tried to start working on an EP with a very specific brief, and it just turned to stress because I was trying too hard. It led to a change of plan because actually, I’d got most of the way to the next album without thinking about it: I was shoving things to the side which didn’t conform. That became the basis of the next release instead.

Oh the kids and girlfriend come first of course! Although really, it’s a bit of a family effort.

My partner Helen is an absolute rock in all of this – she’ll sit in the corner of the studio with a glass of wine and listen. She doesn’t even have to say anything, it’s just that feeling of her being there – I come up with the best music when I can feel her presence. My daughter sings and occasionally speaks – hers is the first voice you hear on the debut album, the prologue about healing; my son co-produces my work and sometimes comes up with exceptional insight on the “sound”, plus he’s an awesome roadie.

Blimey, there’s so many, but front of the queue would have to be Tony Banks from Genesis – his keyboard and composition work, especially during the Peter Gabriel era, is astounding – listen to “In The Cage” for an example, or “Firth Of Fifth”. The jazz pianist Lyle Mays as well, whose work both solo and with guitarist Pat Metheny uses some of the most abstract yet lush musical devices I’ve ever heard.

Delia Derbyshire as well, an electronic music pioneer who worked with The BBC Radiophonic Workshop and built some fabulous musique concrete pieces plus the original arrangement of the Dr Who theme (“a howling masterpiece” I think she referred to it as). Massively innovative.

Trevor Horn. His production work in the 80s (especially with Frankie Goes To Hollywood, Propaganda and that ilk) brought us some phenomenal use of samplers. Just listen to the perfection of Grace Jones’ track “Slave To The Rhythm” to encapsulate everything about his style.

I mean, there’s lots of musicians I’d love to be ranked alongside but those four are top, they were at the frontier.

Banging around on the piano after Sunday lunches with my mother and brother joining in occasionally, back in the mid-80s. Actually, come to think of it any sort of scratch piano playing – I’d do it at school, where I’d commandeer a piano and friends would come and sing showtunes and things. I still occasionally do that if you feed me enough gin…

More recently, the debut album launch gig – the singers and writers I’d worked with all came along, and we had a team photo at the end of it all. Wonderful people, and a smashing night.

Despite all this writing and playing, I don’t actually perform in public as much as I feel I should. Since my work is largely collaborative – there were over 40 people on the debut for instance – then getting everyone along for a performance is really quite tricky. I’m working on a solution to that though.

At the moment, “Me Myself & I”; it’s one of the few songs I’ve written which I sang from the get-go. It’s in my range and everything and I can really blast it out. It’s got various different versions too so I can adapt it at (say) an Open Mic night depending on what instruments are kicking about.

Q:Do you have any recording going on right now?

I do indeed. I’ve been working with the poet Ralph Dartford on a work called “Swoon!” which is the story of Waterloo Sunset’s Terry and Julie – it’s a bit out-of-the-ordinary in that Ralph handed me 16 poems and asked me to illustrate them with music. Another hotchpotch of genres and styles from trip-hop to dub reggae! The end result is fun to perform, mostly at spoken-word nights around the region with a few festival appearances ahead this Summer (under “Ralph Dartford & The Bleeding Obvious”). We’re hoping to have recordings released in a month or two’s time.

After that? Well, I’m quite a way down the line with my next solo album “Rainbow Heart”. I’m hoping (crosses fingers) that it’ll be out early 2018 but as we all know things change. It’s a celebration of diversity – if the first album was “I’m here in spite of things”, the second one is “I’m here because of things”. Lots of collaborations on that one too, it’s a busy studio right now! 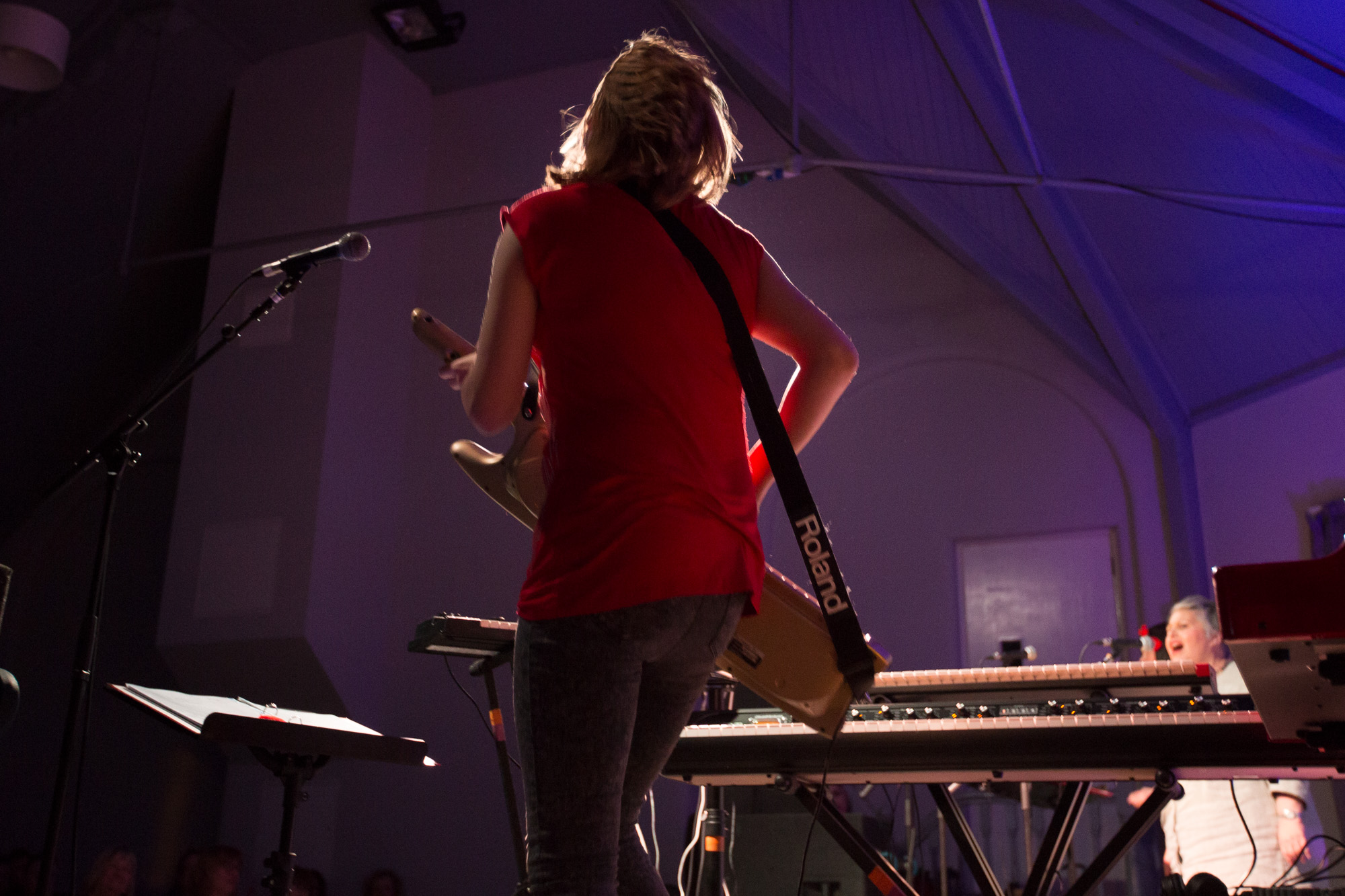